The Outsider in Film 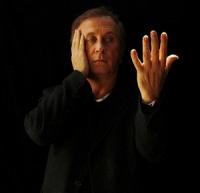 When I started making films in Australia it was a time when “commercial” was a dirty word. Seemed strange to me because I never set out to make bad films, only ones I thought more than a few may enjoy. I can’t tell you the resentment hurled at me for having such lofty plans. It became more than a little bizarre and as a result of the local critical slaughtering clouded some people’s objective view of my work. I found that my movies received far greater respect outside of my homeland which saddened me as I’d always been a staunchly proud Australian. It compounded my feeling of being an outsider. Probably not a bad thing for an artist but a weight nonetheless.

As the years rolled by and I became disenchanted with my business associates and their agendas my films turned inward and became more and more personal. A reflection of my own frustrations and isolation- with a good dose anger thrown in for good measure. I had gotten to a place where finally even my harshest critics had to relucatantly admit that, perhaps, I was doing something right, given the overseas acceptance of my work. For example my family movie “What The Moon Saw” became the first Australian film purchased by Miramax; “Heaven Tonight” the first ever sold to the giant American Broadcasting Corporation; “Hunting” (my directorial debut) sold to Paramount Pictures, etc., etc. Unfortunately just as I was beginning to have a local critical re-evaluation of my work, my business partner did a few things that gave those with agendas, or just the plain jealous, all the ammunition they needed to justify their ill-feeling.

It took me 3 years to get rid of my business partner and then another 3 years to fight him in court. All I had to do at any point during this time, to contunue my career and go on making films and money, was to back down and agree to resume my association with him. I did not. As far as moments go it was, integrity-wise, my finest. But, for that shining moment, I lost everything, my home, my family, my money, and all my work. Freedom came at a high price. What followed was 10 years in the wildnerness, alone, where I was forced to re-evaluate everything I was or had stood for. There were many times in my anger I cursed how principled I’d been, given my loss. Would I be as good a man again? I would like to think so, but having lived through the sacrifice and now knowing how high the cost, honestly, I’m not so sure.

Faced with starting again in Australia and having to humbly ask rivals for a job, I decided to go to Los Angeles. I needed a new environment for my mental and physical health. I was in a bad way and had lost a lot of my desire to live. Cutting a creative artist off from his work is like slashing a main artery.

Upon my return to Australia in 2006, I was honoured when Richard Wolstencroft asked me to be President of the Jury at the Melbourne Underground Film Festival. It was indeed a Festival for the Outsiders. The mavericks. People who’d made their movies on their own terms without wilting to the cocktail set of decision makers in the industry. It’s the people on the sidelines who kill your boldness. Once you lose your identity and begin making movies for your peers, your voice is lost. And tell me, honestly, how many experts do we have in this country who’ve ever made a hit film? If they could do it they wouldn’t be sitting behind desks being paid a weekly wage to be an industry expert. They’d be out making more hit films wouldn’t they?

Over the past 6 years I’ve spent a lot of time talking and helping young filmmakers and I couldn’t be more proud of them. They don’t carry any of the jealous resentment of the closed shop I broke into when I started out. What our industry is paying for now is the fact that the old brigade didn’t encourage the next generation. The fat cats just got fatter and as a result our product got thinner. Shame on them. Fortunately most of them are dead now, or retired, or living in large villas in France from the fortunes they accumulated from making shitty films that didn’t sold anywhere. In most cases not even in their our own country.

Oh, and among the healthy signs for the future? Today’s young filmmakers don’t think “genre” films are a dirty word. To place any style over another is a meaningless and snobbish attitude. The real art comes not in the genre but in how bold and inspired you can be working within those restrictions. So, I salute all the brave, new, original outsiders who are finding their own voice and way in the current film industry. I salute their talent, their guts and lead the applause in their honour. They inspire me to be better.