Caulfield Divisional Response Unit executed a search warrant at a residential address on the 10th Floor at Maxx Apartments, 181 St Kilda Road, St Kilda (near the corner of Alma Road) around 6am on Friday 29 July 2022. 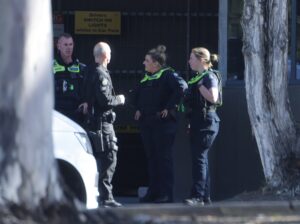 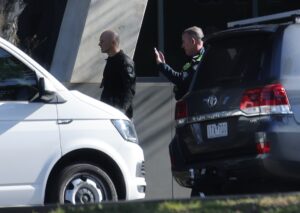 Toorak Times scrambled their lead crime reporter and chief photographer, Lord Murray Schoorman to the scene at approx 10am.

During the execution of the St Kilda Road warrant, VicPol detectives located several suspicious devices believed to be homemade bombs. Consequently the area has been evacuated.

The Bomb Response Unit are currently on scene and no arrests have been made. 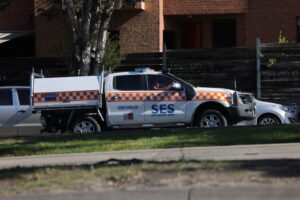 At approx 1pm, two SES vehicles from PORT PHILLIP COMMAND arrived and were seen entering the basement underground carpark for a short time, before leaving the scene at 1:20pm. 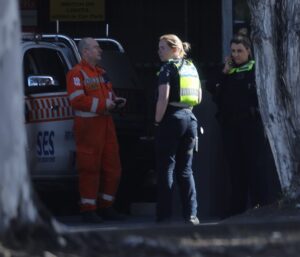 Ambulance Victoria have also been at the scene on standby and Fire Rescue Victoria’s pumper 35A & 35B have been on scene all morning, also on standby. A move-up was arranged to ensure adequate coverage in 35’s turnout area today. 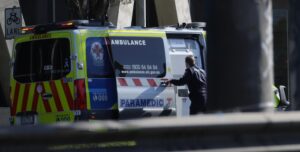 At approx 4:07pm, FRV Pumper 35B was released by the incident controller and was last seen returning to their station.

We have alerted mainstream TV News outlets who have also sent their newscrews & cameras to the scene this afternoon. 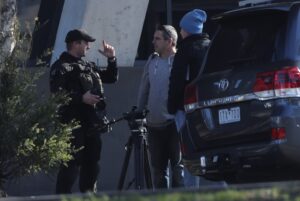 It is not known what apartment number is involved with this incident but we do know that the 10th Floor is in lockdown and it was noted that several other building occupants have been peering over their balconies down onto St Kilda Road all afternoon. Seemingly oblivious to what is going on in their building.

A reminder for all vehicles headed towards the CBD on St Kilda Road, to slow to 40km/h when passing the emergency service vehicles with their blue/red flashing lights activated.