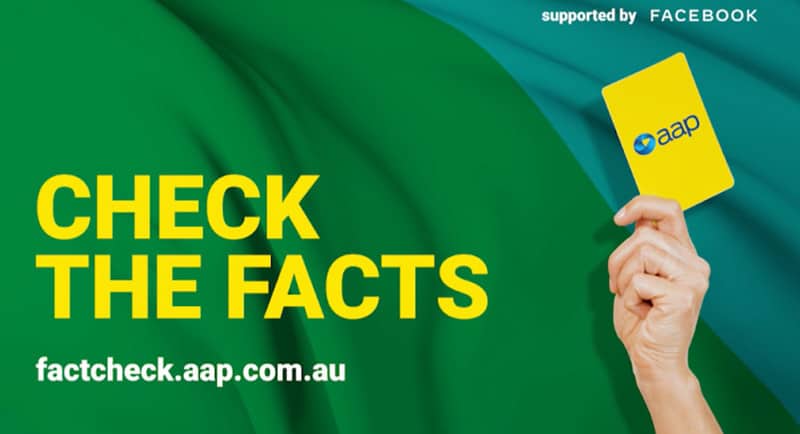 A coalition frontbencher overlooked a number of countries when spruiking Australia’s economic performance.

The Australian economy is performing better than that of any other country after COVID-19.

False. Australia has had a strong recovery from the pandemic, but there are several other countries that have performed better on key indicators.

MELBOURNE, April 12 AAP – Trade Minister Dan Tehan has talked up the government’s economic credentials by making a bold claim that Australia’s economy is outperforming every other country in the world after COVID-19.

The claim is false. While Australia is among the top nations for recent economic growth, it is not the best performer and it falls further down the ranks when comparisons are made over longer periods.

Mr Tehan made the claim during an ABC radio interview on April 4. Answering a question about the coalition’s re-election chances, the minister said the government had ensured Australia has “come out the other side (of the COVID-19 pandemic) in a way which is better than any other country in the world. Our economy is performing better than an y other country in the world.” (audio mark 5min 2sec)

Mr Tehan’s office did not respond to AAP FactCheck when asked for the basis of his claim.

Professor James Morley, a macroeconomist at the University of Sydney, said in an email that real GDP growth and unemployment rates can be used to assess a country’s economic conditions. AAP FactCheck has therefore looked at how Australia compares to the rest of the world across both measures.

The OECD, which is made up of primarily high-income industrialised countries, publishes quarterly real GDP figures for all 38 OECD nations plus 10 major non-OECD economies including China, Brazil, India, Russia and Indonesia.

When comparing real GDP growth only in the most recent quarter (Q4 2021), Australia sits fifth among the nations for which the OECD lists data, boasting a quarterly growth rate of 3.4 per cent. That puts Australia’s quarter-on-quarter economic growth ahead of major economies like the US (1.7 per cent), Canada (1.6 per cent) and UK (1.3 per cent) but behind Slovenia (5.4 per cent), Colombia (4.3 per cent), Israel (4.1 per cent) and Indonesia (3.9 per cent).

When analysing the economic data over a longer timeframe, Australia’s real GDP growth puts it nearer to the middle of the pack.

In the two year-period since the COVID-19 pandemic began (Q4 2019 to Q4 2021), Australia’s real GDP increased by 3.4 per cent, putting it 15th among the nations for which comparable OECD data was available.

John Hawkins, a macroeconomics expert at the University of Canberra’s National Centre for Social and Economic Modelling, told AAP FactCheck that, based on real GDP growth, Mr Tehan’s claim that Australia is outperforming every other country is wrong.

Joey Moloney, an economist at the Grattan Institute, told AAP FactCheck it was true the Australian economy had outperformed G7 nations – the US, UK, Germany, Canada, Japan, France and Italy – since the onset of the COVID-19 pandemic but “beyond G7 economies, that’s clearly not the case”.

Similarly, when comparing unemployment rates, Australia is performing well but is bettered by several other countries.

As of February 2022, Australia’s unemployment rate sat at 4 per cent. However, other major economies reported unemployment rates lower than four per cent in the first quarter of the year including the UK (3.9 per cent), the US (3.6 per cent), Germany (3.0 per cent) and Japan (2.7 per cent).

Australia does not have the best-performing economy in the world since the start of the COVID-19 pandemic based on key economic indicators.

While the country’s real GDP grew at the fifth-fastest rate among OECD nations and other major economies in the most recent quarter, Australia is lower down the leader board when comparisons are made over longer periods. The country’s unemployment rate is also bettered by several countries, including major economies such as the US, UK, Germany and Japan.

False – The claim is inaccurate.