I’m sitting in the theatre, enjoying the magnificent work of our designers. Who knew a tech plot could be so fun?

Co-directing INCOGNITO with Brett Cousins, fellow ensemble member & friend with whom I share a 16-year collaborative relationship, has been equal parts inspiring and challenging. That is something you hope for, with any production.

It begins with the script. Nick Payne has created a masterful play that spans decades, traverses continents, and pitches hearts against minds. Brett and I love this play and are still astounded by it on a daily basis.

Add to the mix a brilliant cast – we have the absolute privilege of directing our fellow ensemble members Kate Cole, Paul Ashcroft and Ben Prendergast, alongside Jing-Xuan Chan in her first role with the company. These actors are top-notch, and Incognito demands every ounce of their intelligence, dexterity, wit and rigour!

We are now in our ‘production week’, which means bringing together the set, lights and sound with the work we’ve been doing in rehearsals. As I intimated, the designers we are working with have made the last few days a revelation. The work of THE SWEATS, Chloe Greaves & Tom Willis is blowing our minds.

The final (and crucial) piece is the audience. We can’t wait to share Incognito with you next week.

See you at the theatre,

Click above to watch the INCOGNITO trailer on Vimeo.

Our 2017 Mystery Play is revealed…

The wait is over! We are thrilled to announce that our Mystery Play for 2017 is the Australian premiere of renowned playwright Joanna Murray-Smith’s AMERICAN SONG.

“I’m not a religious person — I don’t say that with any kind of pride, I’m just stating it — but even without God’s presence, it’s only human nature to wonder if for all of us there is a kind of…moral reckoning?”

American Song is an intimate new work by acclaimed Melbourne playwright Joanna Murray-Smith. A provocative and profound tour-de-force for one actor, played by Red Stitch ensemble member Joe Petruzzi, American Song is a play about parenting, love and the question: what could I have done differently?

Commissioned and first produced in the United States last year to great acclaim, this will be the Australian premiere of a play that reaches beyond national or cultural borders.

Andy has much in common with many of us: the slow accumulation of a good life; love, work, friendship, children. But unforeseen events lead him to places he never imagined… Can we ever know the exact moment when a good life turns irredeemably bad?

“Murray-Smith peered inside the country’s human heart from her Australian perspective to produce an American Song, a perfectly tuned elegy to to a bygone America.” – Broadway World

“Murray-Smith’s brilliant, black and biting humour supercharges the cut and thrust of the dialogue” – Sydney Morning Herald (regarding Switzerland).

“Many of the people who were initially laughing on Friday night were in tears by play’s end. And yes, I was among them… Murray-Smith speaks great truths in the disarmingly, deceptively simple language of everyday life. We need more plays like that.” – Milwaukee Sentinel

One of our most exciting events of the year, PLAYlist, just got even more exciting (is that even possible?!) because we can now reveal that our venue for our special immersive theatre extravaganza will be at the iconic Prahran Town Hall!

The original Prahran Town Hall was built in 1861 and we love the idea of creating a bit of history (new playlets plus music for 2 shows only!) in a gorgeous Victorian Heritage venue.

We’d like to thank the City of Stonnington for their support and use of this beauty of a building.

It’s shaping up to be the best end of year party in town, so make sure you secure your tickets by purchasing a half year subscription or by booking here.

Enjoy a half year subscription to all our shows and events for the rest of the year. Available for doubles, singles, concession, or under 30s. Don’t take a gamble. With shows selling out frequently, secure your seats with a subscription AND save on ticket prices.

With a half year subscription, you’ll be guaranteed seats for:

Get your Half Year Subscription now!

Win tickets to a special screening of Who’s Afraid of Virginia Woolf? at Cinema Nova. 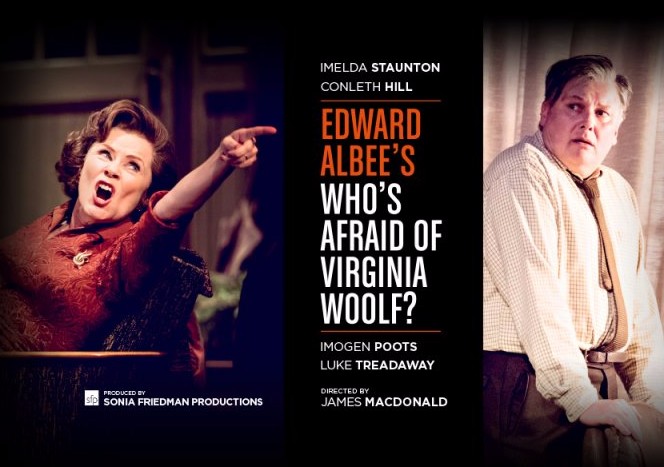 Previous articlePRINCE HARRY ONCE CRAVED NORMALITY
Next articleWhy you should eat a plant-based diet, but that doesn’t mean being a vegetarian