Welcome to Part 1 of a 3-part program featuring the Life & Times of Col Millington.

Originally aired in September of 2015, it is being re-broadcast as part of the Golden Moment repeat series during the COVID pandemic.

With the Baby Boomers now moving well into their 60’s, and with some even breaking into the 70 year age group, they and their stories need to be chronicled as part of the “story legacy” that is left by the older Australians.

What we find is that while their stories can be significantly different to generations that came before them, their contributions to this country and our way of life, like the generation before them, also make for riveting listening.

Col Millington was at the time of this interview, a 66-year-old Baby Boomer who started work at the age of fifteen. Like many Baby Boomers he became enamoured in the “new” music of the 60’s and wanted to be in a band.

In Part 1 of his story we hear from Col about his early early life – his school experiences and how his actions as a young man shaped his future life in music. This is the beginning of a story of a lifetime of entertaining that continues through to today. 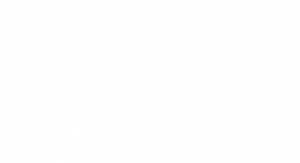 Previous article7 Benefits of Daycare for Young Children
Next articleWould you do this at home? Why we are more likely to do stupid things on holidays