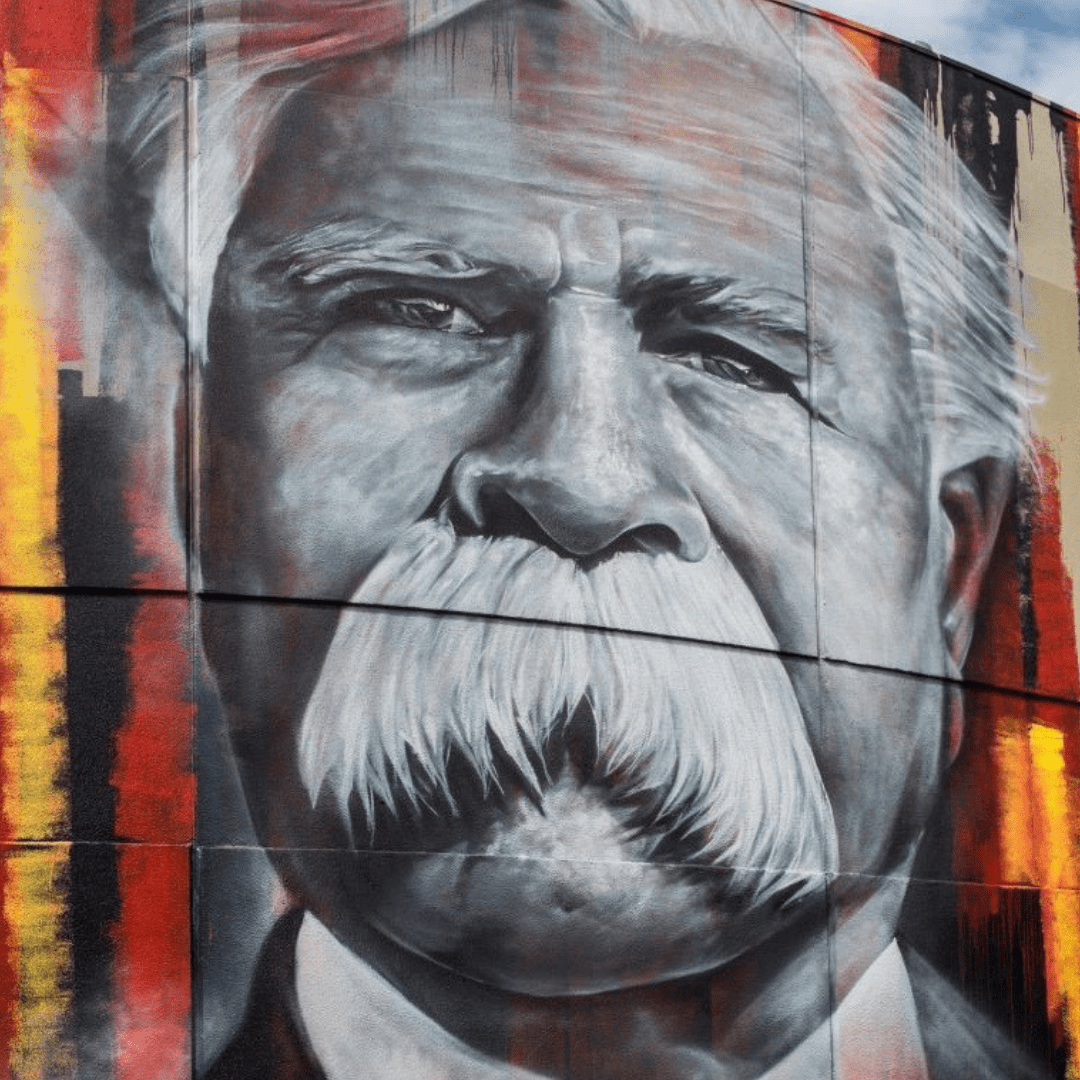 “Those who forget history are doomed to repeat it”

The 2021 musical commemoration of the William Cooper and Kristallnacht tale will initially be an online event on February 21st.

The main live event will be in November 2021 in St.Kilda.

Both will be part of St Kilda Writers’ Week and feature an array of schoolchildren, professionals, choirs, amateurs, inter-faith, inter-generational actors, dancers, and musicians plus Survivors’ testimony, plus celebrity guests from London’s West End, and choirs from the Middle East. Bringing the community together through the celebration of music theatre, with West End practitioners.

On December 6, 1938, Aboriginal elder and human rights activist, William Cooper, aged 78, leads a delegation from Footscray to the German Embassy in Collins Melbourne, to present the only private citizen’s protest to the German government against their persecution of the Jews. His petition is rejected.

In November 2018, to mark the 80th anniversary of this remarkable story, the musical, NIGHT OF BROKEN GLASS, is performed at Cathedral Hall, Australian Catholic University with a cast of 400, including William Cooper’s 90-year-old grandson, Uncle Boydie Turner, and survivor from Kristallnacht Munich, Kurt Wildberg.

On December 6th, 2020, Chancellor Merkel apologizes officially for the rejection of Cooper’s petition and supports the petition’s recommendations.

On January 6, 2020, during the height of a global pandemic, a brutal attempt at another Kristallnacht, this time against democratic institutions and representatives is committed in Capitol Hill, DC.

“Lest we forget”
—
A glorious cultural and historic theatrical commemoration in Covid times, by a Melbourne led-international artistic community.

All inquiries to
Donna Gabriel
donna@donnagabriel.com.au