Image: Shutterstock – Jesustown is a fictional mission in Arnhem Land

How can fiction contribute to the “truth” that the Uluru Statement asks us to tell? Allen and Unwin’s answer to that question is, in part, one of paratext. By composing a book’s paratext, a publisher addresses the reader about how to experience the book.

The paratext of Paul Daley’s Jesustown includes 12 signed commendations on the first four pages and a four-page “Author Note” at the end of the story.

Four of the commendations beckon readers towards redemption. Novelist Chris Hammer discovered “the possibility of redemption” in Jesustown and journalist Tony Wright sees “tough redemption” in it. For academic John Carty, the novel eschews “neat redemption”. In author Nigel Featherstone’s view, Jesustown is “part of the movement that will set things right”.

The publisher is thus offering Jesustown to a public that acknowledges the necessity and possibility of its own redemption.

The book’s pervasive mood is remorse. Three male characters – an anguished patriline – are central to Jesustown, and in the partatext we are urged, as a nation reading, to share in their shame. Each of these three men has done things that he broods upon, and two of them narrate these deeds in the first person.

The predominant narrator is an Australian historian, Patrick Renmark, appointed to a British university. His marriage has just collapsed because his wife Cate will not forgive his affair with Merridy, an archivist. Patrick’s attempt to sever himself from Merridy has contributed to the death of Cate and Patrick’s son, Bee.

Just how this catastrophe has come about is revealed gradually to the reader by Patrick’s self-loathing story, starting with the book’s opening sentence:

How does it feel to lose the three people you love the most?

One of the novel’s narrative drivers is the reader’s desire to know just how a seduction in the stacks of a military history archive could end in Bee’s funeral, the book’s opening scene.

Patrick’s deceased father is Luke Renmark and his deceased grandfather (that is, Luke’s father) is the anthropologist Nathaniel Renmark (also known to Patrick as “Pa” and to others as “Rennie”). Luke does not narrate himself, but from two sources we learn much about how life (overbearing father, military service in the second world war) has crippled his spirit.

One source is Patrick himself, recalling Luke as an emotionally distant father; the other is Pa’s taped autobiography, in which Pa presents Luke as little more than a patriarch’s disappointment.

As the ancestral figure in this unhappy lineage, Nathaniel is thus a character and (for much of the novel) narrator of great psychological interest – both to the reader and to Patrick. Daley allows Nathaniel/Pa plenty of pages to narrate his deeds – via autobiographical cassettes that Patrick discovers in Pa’s archive in Jesustown.

Acquiring the knowledge to write Pa’s biography brings Patrick more pain than any project he has ever attempted. As Patrick’s narrative is mostly in first person and in the present tense, each revelation is a moment of suffering, and for much of the novel Daley offers the reader no emotional space but that of his suffering/knowing protagonist.

Although Patrick’s books are popular, he is not respected as a historian – by his colleagues and, increasingly, by himself. He has sometimes defied such judgement by calling himself a “story-ist” rather than a historian. His books sell well because they reinforce and embellish readers’ cherished tales about Australia and its conventional heroes.

Will readers devoted to Patrick’s tales not relish another ripping yarn – this time about Nathaniel Renmark? He (Pa) is already famous as the swashbuckling saviour of The People (Daley’s term for the First Nations residents of Jesustown).

By writing articles for the southern capital newspapers, explaining The People’s perspective and exposing the Australian government’s plans, Nathaniel had made it politically unattractive for the government to punish them, en masse, for killing Japanese sailors that had come ashore in their homeland and police that came to arrest the culprits.

Readers of Jesustown who know Ted Egan’s Justice All Their Own: The Caledon Bay and Woodah Island Killings 1932–1933 (1996) will recognise the Arnhem Land events and some of the characters re-imagined by Daley.

As Patrick mines Pa’s archive and as he examines and relives the mistakes of his own life (releasing more and more tawdry detail to the reader), Patrick realises that “story-ism” will not be enough, for the archive reveals Pa’s complexity.

Not only did Pa neglect his family in Melbourne in order to become champion and explainer of The People, he then persuaded scientists to study The People.

These visitors from the United States turned out to be unscrupulous collectors. Pa’s portion of the family burden is that he was unable to stop scientists from robbing human remains. (Daley is here drawing on histories of Australia-US collaborations in the 1930s and 1940s.)

By confessing his complicity from the grave, Pa thus challenges Patrick’s authorial manhood. A biography of Nathaniel Renmark must be an “Australian story” of anguished complexity – something Patrick has never previously attempted. Has he got a historian’s moral and intellectual capacity? Rather than render Pa in a “story-ist” way, Patrick must recognise his obligation to be honest to the nation and to himself.

To align this anti-hero’s duty to self and duty to nation is Daley’s primary moral purpose in Jesustown. His narrative tactics – so confessional, so in-the-moment, alternating between Patrick’s betrayals and Pa’s – hold the reader within an inter-generational space suffused with shame, regret, and disavowed desire.

In his “Author Note”, Daley (a Guardian journalist) warns that while Jesustown “is informed by some actual events […] it is not history and shouldn’t be read as such”.

Nathaniel, while a “composite” of actual persons (I can see a mashup of Charles Mountford, Donald Thomson, Ernest Gribble, Norman Tindale  and others) is, he writes, “heavily instructed by my imagination”, and “I don’t know of an Australian writer/historian quite as flawed as Patrick”.

These disclaimers offset the commendation by Bronwyn Carlson (Professor of Indigenous Studies) that to read Jesustown is to “recognise the characters”. Perhaps she means as types?

Daley makes clear that he intends his novel to be true in one respect. In the course of Daley’s research, John Carty, Head of Humanities, South Australian Museum, showed him the boxed remains of 4600 Aboriginal people in that Museum. Daley found it to be “evidence […] of a vast colonial crime scene”.

Commendations of Jesustown included by Allen and Unwin accordingly inflect the novel as an indictment of the nation. Carty praises Daley for making “this barbarous truth of Australian history […] painfully personal”.

The historian Mark McKenna finds it “unflinching in its gaze” and to author Jock Serong, the novel offers “unflinching examination of the truths white Australia refuses to acknowledge”. Tony Wright applauds its “desperate secrets and hard truths”. The ABC’s Michael Brissenden sees the book as dissecting “the arrogance of white history and generations of moral failure”.

The task of the paratext of Jesustown is thus to reconcile its fictionality with truth.

A less lurid historical novel would not require such insistent framing. Daley is not Kate Grenville. He writes fluently, and he skilfully paces his revelations, but his moral imagination is too passionate to risk complicating either the critical narrative of Australia’s colonial history or the feminist psychology of manhood.

You will get pleasure from Jesustown if your expectation of truth-telling includes being predisposed to demonise anthropologists, missionaries and philandering men and to cherish women and First Nations people as humanity’s best hope.

Jesustown is a reminder that to the extent that post-colonial truth-telling proliferates, it will be blessed with moments of kitsch.

This review was written by: 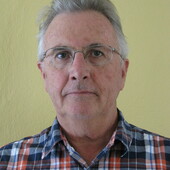 Timothy Michael Rowse does not work for, consult, own shares in or receive funding from any company or organisation that would benefit from this article, and has disclosed no relevant affiliations beyond their academic appointment.