The chemical imbalance theory of depression is well and truly dead. A paper by Joanna Moncrieff and colleagues, long-time critics of the effectiveness of antidepressants, has caused a splash. The paper provides a summary of other summaries that confirm there is no evidence to support the idea that depression is caused by disturbance of the brain’s serotonin system.

They have done us a favour by corralling the evidence that says as much, even if we already knew this to be the case.

Read more: Depression: it’s a word we use a lot, but what exactly is it?

How did the ‘chemical inbalance’ theory start?

The first two antidepressant medications, both discovered in the 1950s, were observed to have positive effects on mood as side effects of their hoped-for functions. Iproniazid was developed as a treatment for tubercolosis, and imipramine as an antihistamine.

We know now that ipronizaid is a monoamine oxidase inhibitor – it stops the enzyme that breaks down serotonin and similar brain chemicals. But we didn’t know this when its antidepressant effects were first observed in 1952.

Imipramine is a tricyclic antidepressant and, among other effects, it blocks the reuptake of serotonin after it has been secreted, also allowing more to stay in the brain.

Researchers set out to demonstrate this in patients with depression, showing that serotonin and its metabolites and precursors were lower in the blood, in the cerebrospinal fluid, and so on.

But these studies suffered from what we now know plagued many studies of their era, leading to the so-called “replication crisis”. Studies used small sample sizes, selectively reported their results, and if they failed to demonstrate the hypothesis, were often not reported at all. In short, the findings were unreliable, and since then larger studies and meta-analyses (which summarised the many smaller studies), made it clear the hypothesis wasn’t supported.

What’s the link between the theory and antidepressants?

In the meantime, pharmaceutical companies spotted a clear line to communicate the effectiveness of their medications. Depression was caused by a “chemical imbalance” that could be corrected by antidepressants.

These drugs – then known as Prozac, Zoloft, and Cipramil – became blockbusters, and remain widely used today (albeit with a variety of names since expiration of their patents).

Few psychiatrists with an understanding of the nuance of brain function believed the chemical imbalance theory. It never fitted with the way they could see that SSRIs worked, with serotonin function changing hours after taking the medication, but depression not showing improvement for about four weeks.

But there were, and are, many medical practitioners with less sophisticated understanding of depression and neurochemistry who were happy to repeat this message to their patients. It was an effective message, and one that took hold in the popular imagination. I have heard it repeated many times.

So are antidepressants effective?

The new paper by Moncrieff and colleagues, while not saying anything new, does us all a favour by reiterating the message that has been clear for some time: there is no evidence to support the chemical imbalance theory. Their message has been amplified by the extensive media attention the article has received.

But much of the commentary has extrapolated from the study’s finding to suggest it undermines the effectiveness of antidepressants – including by the authors themselves.

This shows a misunderstanding of how medical science works. Medicine is pragmatic. Medicine has often established that a treatment works well before it has understood how it works.

Many commonly used medicines were used for decades before we understood their mechanisms of action: from aspirin to morphine to penicillin. Knowing they worked provided the impetus for establishing how they worked; and this knowledge generated new treatments.

The evidence for SSRIs being effective for depression is convincing to most reasonable assessors. They are not effective for as many people with depression as we might hope, as I have written before, but they are, overall, more effective than placebo treatments.

Critics suggest the magnitude of the difference between the medications and placebo isn’t great enough to warrant their use. That is a matter of opinion. And many people report very significant benefits, even as some people report none, or even that they have caused harm.

Read more: There’s a strong link between anxiety and depression, and sleep problems, and it goes both ways

If it’s not a chemical imbalance, how do antidepressants work?

In truth, we still don’t really know how or why antidepressants work. The brain is a complex organ. We still don’t have a clear idea about how general anaesthetics work. But few people would refuse an anaesthetic when contemplating serious surgery on this basis.

In the same vein, when contemplating whether an antidepressant might be an option for someone with depression, it is of little consequence that its mechanism of action is incompletely understood.

So let’s put the chemical imbalance theory to bed. We should continue our efforts to understand the nature of depression, while we keep searching for better treatments.

Attending to diet, exercise, and sleep is effective for many people with depression. Psychotherapy can be very helpful too. But many people struggle with depression despite trying these things, and it is for them that we need to keep up our efforts to find better treatments. 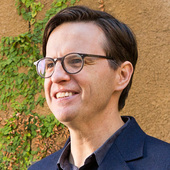 Christopher Davey – [Head of the Department of Psychiatry, The University of Melbourne]

Christopher Davey does not work for, consult, own shares in or receive funding from any company or organisation that would benefit from this article, and has disclosed no relevant affiliations beyond their academic appointment.