Triple J did the right thing, we need a new Australia Day

The decision by ABC Triple J to move the Hottest 100, its popular musical countdown, from January 26 has reignited the smouldering controversy about Australia Day. The radio station has moved the 2018 poll from Australia Day to January 27 after a listener survey. On January 26 the station will broadcast events such as citizenship ceremonies and the cricket, ensuring “the Hottest 100 and Australia Day get the coverage they deserve as separate events”.

In his response to the decision the federal communications minister, Mitch Fifield, insisted that there was “nothing controversial about Australia Day” but announced that he would be sending a formal complaint to the ABC board.

Fifield is mistaken. The date chosen for Australia Day is highly controversial and increasingly contested, as the over-flowing response to the station’s decision underlined. Young people in particular are troubled by it and it seems appropriate that Triple J has responded by choosing to separate their countdown from Australia Day.

Two things are at stake in discussion around Australia Day: the day and the date. They are almost always conflated. Supporters of January 26 seem to think critics of the date are against the idea of a national day and are by definition lacking in patriotism; that their behaviour exhibits a spirit of manifest disloyalty.

But this seriously distorts the motivation of the increasing number of Australians who want to be able to celebrate the nation on an alternative date. They say yes to the day but no to the date.

The confusion of the two was illustrated in a poll taken earlier this year and reported in Fairfax. More than seven out of ten respondents declared that Australia Day was important to them but less than half of them were able to correctly name the event that was being commemorated. Only 43% identified the first landing at Sydney Cove on January 26 1788.

One in five chose the arrival of James Cook on the coast 18 years earlier in 1770. One in six picked the anniversary of federation (January 1 1901). Seven percent thought the national day marked the signing of a treaty with the first nations (we don’t have one). Almost as many thought it was the date when Australia ceased to be a British colony (it’s not clear when this happened) and 2% believed it commemorated an important battle in World War I.

There are other pressing questions about January 26. For those patriots who want to celebrate the coming of the British two other days would be more appropriate – January 20 when the whole fleet had finally arrived in Botany Bay, or February 7 when the first governor Arthur Phillip read the proclamations before the assembled expedition and formally annexed the colony. This was the defining moment when, in the words of the First Fleet chronicler Watkin Tench, the British “took possession of the colony in form”.

What are we celebrating?

What happened on February 7 1788 brings us to the central point of contention about celebrating Australia Day and the arrival of the British. The British illegitimately claimed two things: sovereignty and property (sovereignty is about law and government; property about land ownership).

In doing so they were behaving in a manner which was contrary to practice then several generations old in North America and to both international and common law as they were understood at the time.

The 18th Century settlement in the American colonies was accompanied by the signing of treaties with the first nations and hence to gain sovereignty. The new American government was negotiating treaties when the First Fleet was on the high seas and continued to do so during the early years of New South Wales. The British never signed treaties with Australia’s First Nations. This is the basis for current discussions around a treaty.

But the more aberrant British behaviour was the decision to give no recognition to Aboriginal property rights and to proclaim that every inch of land became the property of the British Crown.

This was not what happened in America. It had no support in international law. Nor was there any justification in the common law, which strongly defended the property rights of the subject against the Crown. How it was possible for Aboriginal people to become British subjects at one moment and then lose all their property rights has never been explained in a judicial sense.

Up until the Mabo Judgement in 1992, which for the first time recognised native title, it was possible to avoid facing the enormity of British behaviour. But once the High Court declared that the First Nations were both in possession of and legitimate owners of their ancestral lands the game was up. The legal problem for Australia’s British colonists was that without a treaty there was no clear definition of how and when sovereignty passed from the first nations to the Crown. Nor was there any satisfactory explanation of how the First Nations could be legitimately dispossessed.

At Sydney Cove the British government carried out one of the greatest expropriations in modern history. They stole the traditional lands of hundreds of thousands of Aboriginal people across half a continent without any thought of compensation. That they did so in ignorance allows for no effective exculpation. How many of the convicts, transported overwhelmingly for theft, would have employed that defence if the law had so allowed?

This leaves us with several inescapable questions. Why do so many Australians want to commemorate an act of egregious injustice?

And why fail to recognise that it predetermined the great tragedy that unfolded over the whole continent for generations to come?

And why think the appropriate manner is the heedless hedonism thought appropriate for a summer holiday?

Is there any comparable situation anywhere else in the world? I think not.

It raises that difficult question of whether mainstream Australians really think first nations’ people are our countrymen and women or not. It seems that in relation to our national day we have the choice of identifying with the predatory British imperialists or with the Aboriginal people who struggled to defend their lands, their lives and their way of life against what fast became overwhelming odds

Clearly what is needed is a new national day. Ideally it would commemorate the political and social achievements of modern Australia. I think this could be May 9, the date in 1901 when the first federal parliament house was founded in Melbourne. But we could keep January 26 and completely remodel it to do two things.

We could commemorate the First Nation’s patriots who died fighting for their country and remember also the convicts who were also victims of British Imperialism and who did so much of the work to found both New South Wales and Tasmania. 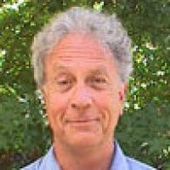