‘The Voices of Tali’ review by Marian Webb 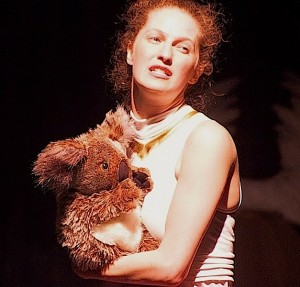 Brash’s one-woman play is a knock-out. Staged at the brand-new Alex Theatre in Fitzroy Street St Kilda, ‘The Voices of Tali’ is inspired psycho-autobiography.

Ms Brash certainly inspired me, with a full flush of talent on display.  She sings, she dances, she writes her own jokes, what more could we want?  But there’s more …

The play uses Voice Dialogue (a technique pioneered by Drs Hal and Sidra Stone in the 1970s) to create a cast of characters drawn from within Brash’s own psyche. She performs them with captivating spontaneity and convincing range.

Yentl, the first alter-ego we encounter, makes herself known with grandmotherly jokes, before introducing Ms Broadway Brash, a personality surely made to play Velma Kelly in ‘Chicago’.  I was dying to see her in jazz heels to go with her all-over satin body-stocking, but before she could lead us too far astray, 5 year-old Lisa was here with news from the early schoolroom, which she conveyed with finely comedic truth.

Continuing in this spirit, more voices appear and deliver slices of teenage and early adult life as lived in suburban Melbourne and beyond with powerful references to her impressions of Israel as Tali seeks and finds her dreams.  Then Yentl  steps deftly to the centre of the labyrinth.

Directed by Peter Seaborn and the creative efforts of a roll-call of others whom Brash acknowledged and thanked, ‘The Voices of Tali’ was an outstanding event. It received a standing ovation. 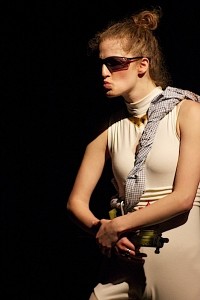