Why Mobiles Could Replace Traditional Desktops and PCs

Existing for so long as mere communication devices, mobiles were long thought to be profoundly limited in their maximum reach. Older readers might remember the joke about mobiles eventually becoming so small as to be accidentally swallowable, while reality went in the opposite direction. Rather than just becoming smaller, the advent and popularisation of the smartphone completely reshaped the mobile, bringing it closer to the ideal of a PDA.

In more modern terms, this ideal has now reached a form when its usurpation of other devices is unrelenting. Seeing a basis in simple tools and entertainment systems like calculators and music players, the more recent models of phones are seeing viable use as work and gaming systems.

For most users, the idea of turning to mobiles as a primary work or gaming device is limited by the matter of physical function. The major concern here is one of both input and visibility, which while adapted well in some areas, struggles massively in others. For an example of this, consider mobiles in the context of online casino games. A rarity among online services, both the websites themselves and the games like slots, poker, and blackjack work perfectly with otherwise limiting mobile interfaces. This nuance in design has seen this industry flourish within the last decade. Compare this to something like COD Mobile, a fast-paced game that has its precise play hampered by limited physical feedback.

Similar concepts hold for work purposes, where typing out emails might operate fine, but more complicated tasks become inefficient due to smaller screens and finicky controls. In both of these cases, the solution is now reliably being found in dedicated docking devices. 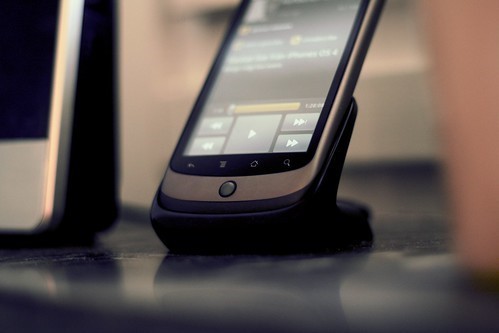 Docking systems like the Chinese-manufactured Baseus serve as effective solutions to this problem, effectively integrating mobiles into more accessible forms of input and display. Within just a few seconds, these can turn a standard mobile into a desktop or console analog. Still, in their relatively early stages, such systems are already showing immense promise, and will only grow better with increasing mobile hardware and software potential.

The Advantages of Mobile

As is the case with most mobile uses, the most immediate advantages of these systems come from convenience. We take our mobile’s everywhere, and thus we never have to worry about a loss of important data or antiquated system failure. We’ve all struggled with work systems massively out of date, and this is a problem that mobiles as a base could easily mitigate.

Coupled with local preferences for individual settings, and biometric security measures and mobile systems could generate enormous advantages in efficiency and safety. They could mean playing games locally with friends without needing to lug a console around or performing work without requiring a designated business laptop. It’s an idea that is only now crossing the line into true viability, and the future possibilities are exciting.

Make no mistake, the adoption of mobiles as more core components of business and gaming systems is coming, it’s just a matter of when. As with other generational leaps, the real question of adoption is tied to forward-thinking early adopters and the software and hardware developers who choose to push the envelope. While never replacing traditional systems completely, mobiles could experience this leap just as they have many others. Let’s just hope mobiles become more drop-resistant along the way.