The Politics of Bananas 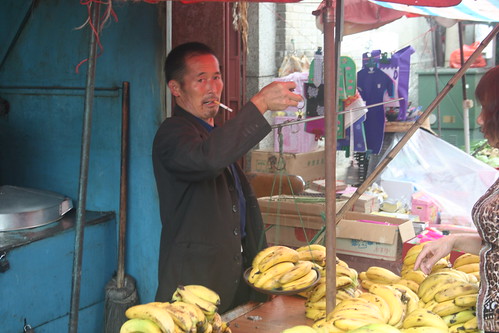 A Banana for your vote !

Wayne Swan blames the 470% increase in the price of bananas for the higher than expected CPI figures and both sides of Federal politics have been point scoring over bananas. Light weight shenanigans in comparison to the weight attached to bananas at the end of the Cold War when they became a symbolic tool to mark the reunification of East and West Germany. Bananas were plentiful in the West while in the East they were an exotic fruit rarely available to the unconnected [non privileged Party members].

They also played a symbolic role in showcasing Freedom and Choice to citizens of East Germany’s Communist regime- The Times They Were a Changing.

After the fall of the Berlin Wall politicians from the West handed out Bananas as electioneering props to new constituents , a quasi extension of a How to Vote card to the new arrivals.

‘Welcome to Free Elections, Supermarkets Stocked & Stacked with Choice, thanks for coming and here, have a banana on us !’

Under the GDR, shelves stocked with exotic fruits such as bananas were treats which the average citizen rarely enjoyed. They were special occasion items made available for Easter or Xmas. And at $15 a kilo Australians can relate to command economy scarcity.

Spotting Australian tourists overseas isn’t a taxing exercise at the best of times. But buffet style eating in hotel lobbies in recent months has easily given the game away. Australians are invariably the ones who have half a dozen bananas [ and often more] piled up on their trays, much to the bemusement of the other nationalities gathered around the smorgasbords. Fellow Australians wink and acknowledge each other’s piled up bananas, a little like a secret society’s hand shake. Often returning to the Eat as Much as You Can offerings to slip a few more bananas into handbags and day packs for afternoon snacks. Leaving behind bemused waiting staff chuckling in amongst themselves. 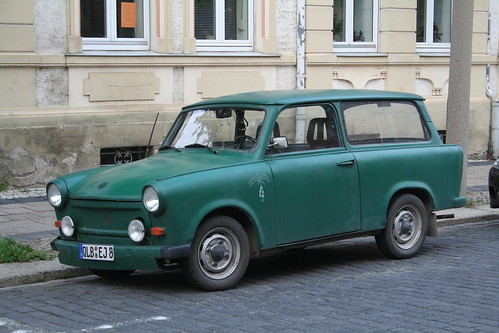 Kevin Rudd would have a hard time explaining the Protectionist Policies which prop up Australian growers and have seen consumers paying upwards of $15 a kilo to my favourite banana seller here in China [ his Mandarin proficiency aside ].

But then again, during the trade embargo days of The Cold War, Fidel Castro probably had his trade delegates pussy foot and side step around the negotiating table to diplomatically convey to their Communist Brothers in Ideology that they weren’t interested in trading their magnesium rich bananas for the pride of East German automotive engineering-the Trabant. The Cubans kept on driving their rusted 1950’s Yank Tanks and bananas remained a scarce commodity until the fall of The Berlin Wall.

Now if severe weather patterns continue to play havoc with banana cultivation and the supply chain The Greens might imitate the former German model and start handing out bananas at polling booths. The German alternative energy industries are forever being trumpeted as models to follow, so why not Germanic banana political tactics ! 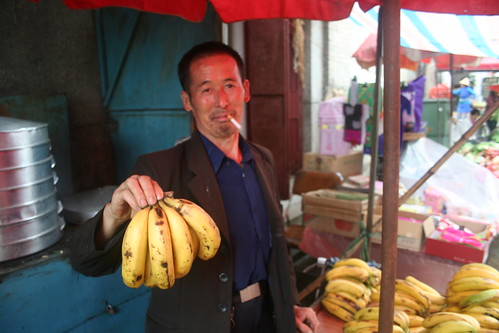 And what with the recent $10 Billion clean energy pledge- fund, the kitty should be able to afford the giving away of bananas to
potential voters-only fairly sourced and organically certified ones of course !

Previous articleGood Boys Who Turn Out Bad- ” But he was just an Ordinary Boy”
Next articlePigs, Swine and Hogs