A Treadmill to Hell

In times of economic uncertainty an audience with a soothsayer takes on a special poignancy. A calming and soothing balm or a call for alarm ?
Humans fundamentally derive comfort knowing what the future holds in store for them. And don’t Insurance companies play on this beautifully……
Historical calamities, natural disasters and famines have genetically programmed and conditioned humans to fear the worst. With the exception of eternal optimists.
They’re somehow immune from any bad news stories and can‘t imagine anything adverse ever happening to them.
They’ve managed to acquire more than their fair share of the ‘delusional gene.’
‘Doomsday Dan’ fits into the mould of one of Bangkok’s Lost Blokes. A former investment banker who had a turn and left the trappings and bonuses of Wall Street for a chilled out and cheap South East Asian lifestyle.

Dan assured us that Armageddon was nigh and that only fools still believed in the American Dream ,the solidity of the US dollar and the plethora of shares, bonds and hybrid security instruments concocted and sold by his former colleagues.
“Absolute Worthless Junk which produces phoney wealth. I’ve sold everything and put everything into silver and gold bars. Not worthless paper and promissory notes – fucking blocks of the real shit which I’ve got stashed in a safe in my father’s cellar. When this baby implodes that’s the only goddamn shit that’s going to be worth anything.”
He went on to describe how financial markets are preyed upon by Hedge Funds, amoral and feral beasts. He likened them to packs of wolves who stalk and attack their targets on any signs of weakness.
Dan was a very intense person. I should have been disconcerted as he fixed me with a piercing cross eyed stare at the adjoining table but he spoke knowledgably about financial matters so I listened on. He quickly established his former credentials as he rattled off impressive fiscal facts and historical events to demonstrate that he knew his stuff. He told us that this credit fuelled orgy of consumption and speculation which has come to define Western living standards wasn’t sustainable and that the day of reckoning would create an almighty fiscal disaster of the likes unimaginable by the stakeholders and flag wavers of the status quo …….
“These fuckers have no idea what’s going to hit them !”
“If you believe the spin these fuckers constantly come out with then you probably believe that the latest NATO intervention in Libya is principally about ridding the Arab World of megalomaniacal despots and introducing democracy, peace and prosperity to a freedom starved people. The croc shit these fuckers want us to believe makes me puke.” 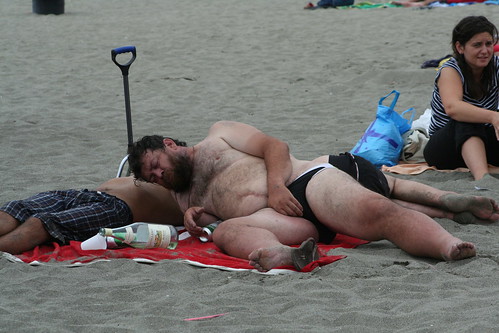 I couldn’t help but end the ‘evening’s entertainment’ by asking him what he thought about Australia’s supposed immunity from this impending devastation because of China’s voracious appetite for our mineral resources.
His animation increased and he burst out with, “China’s on a treadmill to hell and you guys are next in line. The Chinese economic model based on cheap exports to Middle American consumers drowning in a sea of debt is a dead duck. Plus they’ve been hooked on driving economic growth through unsustainable property development and there’s a mother of all property busts just waiting to happen. And guess who is going to catch a cold- You Aussies. You’ve been riding a resources boom fuelling China’s building orgy. Your dollar has reached artificially high and unsustainable levels and your house prices are way too expensive. Don’t believe the hype, you guys are going to take a big hit when China’s number comes up.”
Dan’s rant was illuminating and well worth listening to. He told us that he’d sold off all his “phoney paper wealth” in 2007 when gold was at US$650 an ounce and he‘s been dining out on his dire predictions ever since. With gold heading towards US$2000 an ounce he looks like he’s backed a good horse. But I’m still sitting on the fence about taking him on as my financial planner. Attachment 0