Home TECHNOLOGY CYBERSECURITY Concerns over TikTok feeding user data to Beijing are back – and...

When English statesman Sir Francis Bacon famously said “knowledge is power”, he could hardly have foreseen the rise of ubiquitous social media some 500 years later.

Yet social media platforms are some of the world’s most powerful businesses – not least because they can collect massive amounts of user data, and use algorithms to turn the data into actionable knowledge.

Today, TikTok has some of the best algorithms in the business, and a suite of data-collection mechanisms.

This is how it manages to be so addictive, with some 1.2 billion users as of December 2021. This number is expected to rise to 1.8 billion by the end of the year.

It’s against the background of these huge numbers that the US Federal Communications Commission (FCC) wrote a strongly worded letter to the chief executives of Apple and Google last Tuesday, urging them to remove TikTok from their app stores on the grounds that the company – or more precisely its Chinese parent ByteDance – can’t be trusted with US users’ data.

What are the concerns?

TikTok is owned by Beijing-based ByteDance — an organisation that is beholden to the Communist Party of China and required by the Chinese law to comply with the PCR’s [(People’s Republic of China)] surveillance demands.

TikTok’s privacy policy says it won’t sell personal information to third parties, but reserves the right to use information internally for business development purposes. That internal use may include use by its parent company, ByteDance.

TikTok US has repeatedly denied breaching US data privacy regulations. It says user data are stored on US servers and not shared with ByteDance. But Carr says these measures fall short of guaranteeing the privacy of US users:

TikTok’s statement that ‘100% of US user traffic is being routed to Oracle’ (in the US) says nothing about where that data can be accessed from.

Following robust questioning by US senators, TikTok has admitted its US-stored data are in fact accessible from China, subject to unspecified security protocols at the US end.

Australian users also have their data stored on US servers, with backups in Singapore. But it’s not known whether these data – which could include users’ browsing habits, images, biographical information and location – are subject to the same safeguards as the US data.

The unusually blunt language from Carr may have been occasioned by leaked audio obtained by Buzzfeed from more than 80 internal TikTok meetings.

According to a Buzzfeed report from mid-June, China-based employees of ByteDance have repeatedly accessed non-public data about US TikTok users. The tapes overwhelmingly contradict TikTok’s earlier data privacy assurances.

For example, in a September 2021 meeting a senior US-based TikTok manager referred to a Beijing-based engineer as a “master admin” who “has access to everything”. That same month a US-based staffer in the Trust and Safety Department was heard saying “everything is seen in China”.

In short, the recordings corroborate the claim that China-based employees have often accessed US data, and more recently than earlier statements asserted.

TikTok is not just another video app.
That’s the sheep’s clothing.

It harvests swaths of sensitive data that new reports show are being accessed in Beijing.

I’ve called on @Apple & @Google to remove TikTok from their app stores for its pattern of surreptitious data practices. pic.twitter.com/Le01fBpNjn

On the one hand TikTok is in the business of entertaining users, with a goal to keep them on the platform and expose them to targeted advertising. On the other hand, TikTok can be used to spread misinformation and influence users to their detriment.

It has been shown to host COVID conspiracy theories and other medical misinformation, and was reportedly used with a goal to influence Kenya’s general elections coming up in August.

Seen in this weaponized context, the US government’s strenuous objections to TikTok come into clearer focus.

In 2020, Australian media outlets reported on a data leak from Zhenhua Data, a Chinese company with clients including the Chinese government and the People’s Liberation Army.

The leak was said to contain data on more than 35,000 Australians – including dates of birth, addresses, marital status, photographs, political associations, relatives and social media accounts. This information was gathered from a range of sources, including TikTok.

Today, a TikTok exec said it was “simply false” for me to say that they collect faceprints, browsing history, & keystroke patterns.

Except, I was quoting directly from TikTok’s own disclosures ⬇️

Would banning TikTok be effective?

Removing TikTok from Google’s and Apple’s app stores can only be done on a country-by-country basis. India banned the platform in June 2020.

If the Australian government were to make the TikTok domain inaccessible from Australia, it could still be accessed through a virtual private network (VPN). A VPN service allows users to create a secure private network within a public one, thus disguising their country of origin. It’s the same tool that allows file-sharing on Pirate Bay and access to other countries’ Netflix programs.

But even if TikTok was banned in Australia and had access removed, or if users mass-terminated their accounts, existing data on the company’s US and Singapore-based servers would remain there. And we now know these data are accessible to TikTok’s parent company, ByteDance, in Beijing.

What should TikTok users do?

Like any technology, TikTok itself is neither good nor bad. But the way in which it’s used creates potential for both.

The best defence with any potentially dangerous technology is to approach it with healthy scepticism and share as little as possible. In the case of TikTok (and other social media) this may involve:

You can also request an account deletion. But don’t expect TikTok to delete all the data associated with it. That’s TikTok’s data now, and you agreed to handing it over when you signed up. 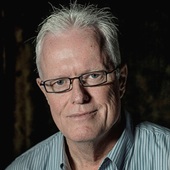 David Tuffley does not work for, consult, own shares in or receive funding from any company or organisation that would benefit from this article, and has disclosed no relevant affiliations beyond their academic appointment.