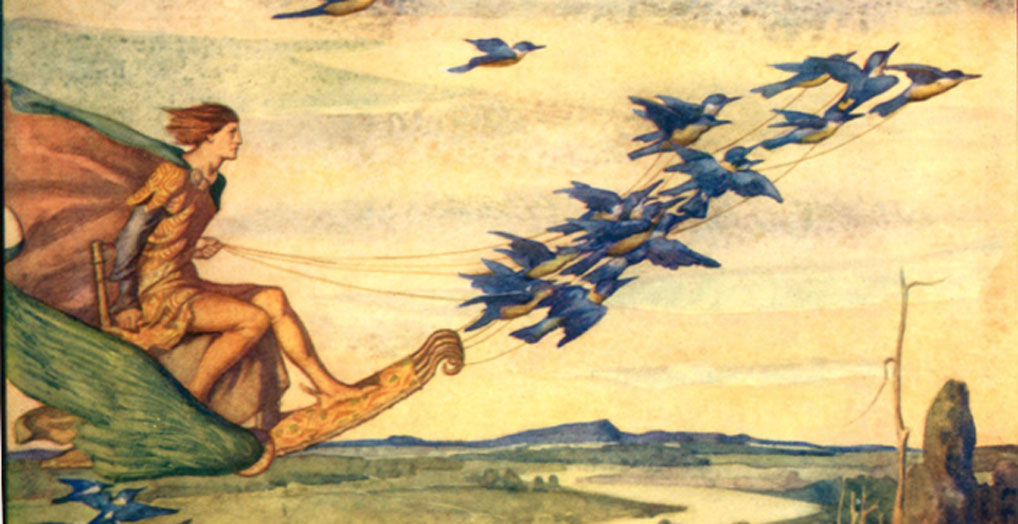 Most of us grew up reading fairy tales adapted from the European tradition: stories of kings, queens and princesses set in palaces and forests, such as Cinderella, Snow White, Beauty and the Beast. But what about the history of Australian fairy tales?

These early Australian fairy tales mythologised aspects of the country’s history and environment to sanitise the process of white settlement. In doing so, they helped to invent traditions and cultural explanations through which children were encouraged to understand their place in the nation.

In 1880, one newspaper called for Australian writers to create local fairy tales:

And why not fairies in Australia! Why should not our innumerable ferny glades romantic valleys, mountainous passes, and lonesome glens, be peopled with fays and elves? Why should not Robin Goodfellow [the fairy Puck] be found sitting jauntily astride the gorgeous waratah, or chasing the laughing jackass from its favourite bough? But have we no writers who can people with fays and gnomes this real fairy-land of ours? An Australian fairy-book would be something new, at any rate.

A significant number of Australian fairy tales did eventually import fairies, elves, and witches into the bush. These characters were often depicted alongside native Australian animals and plants, most strikingly in illustrations such as those of Ida Rentoul Outhwaite, who published a series of iconic fairy-themed books in the 1920s and 1930s.

In Cocktails in the Bush (c. 1927), for example, a moth-winged fairy decants drinks on a toadstool table for three anthropomorphised koalas, while native and introduced species spectate.

This type of illustration found its equivalent in fairy tales that placed fairies, giants, and elves in distinctly Australian locations including deserts and bushland populated by native animals, such as the emu.

Imported mythical creatures including mermaids and giants were used to fill an “absence” in white settler storytelling through the creation of origin stories for Australian geographic and astronomical features.

In J.M. Whitfeld’s The Spirit of the Bush Fire and Other Australian Fairy Tales (1898), two stories, “The Wizard of Magnetic Island” and “The Making of the Southern Cross”, provide magical origins for natural features or place names.

While Magnetic Island, located off the coast of Queensland, was purportedly named “Magnetical Island” by Captain James Cook when observing interference to his ship’s instruments, Whitfeld’s story proposes that the island was named for a wizard who resided there thousands of years prior who “had a most tremendously powerful magnet in his thumb”.

While Whitfeld’s collection concentrates on the natural world, with other stories about koalas and bushfires, many early Australian fairy tales depicted Aboriginal people. These tales commonly place fairies as the country’s first inhabitants, or merge Aboriginal people with mythical creatures.

In Atha Westbury’s “Mothland” from Australian Fairy Tales (1897), “the Moths” capture a small girl living in a Victorian farmhouse named Lily, who has lied to her parents about breaking a clock. The Moths seek to punish “bad” children, and substitute one of their own kind for Lily, whom they carry away to Mothland.

In his study of lost child narratives, Peter Pierce describes the Moths as “alternate indigenes”. The Moths are a “small native race of people”, who have lived in the valley by the Murray River since long before Lily’s grandparents settled nearby.

Their tribal structure and long history in the area prior to white settlement evokes comparisons with Aboriginal people. The small size of the Moths and the practice of swapping one of their own children for a human child, however, also associates them with fairies.

Other children’s fiction of the period, such as Ethel Pedley’s Dot and the Kangaroo(1899), depicts Aboriginal Australians as threatening, but the “fairy-fication” of the Moths enables them to teach a moral lesson.

When Lily confesses to her father that she broke the clock, the Moth child Scarlet Mantle, who had been made to resemble Lily, is returned to her people. Scarlet Mantle largely “managed to conduct herself as a civilised human child should”, but “could not entirely forget” her Moth behaviours.

Though this might be read as a reference to the divide between human and supernatural beings, the word “civilised” reinforces the racial resonances of the Moths. The hybrid nature of the Moths also provides a way to invent a European fairy-tale past in Australia, with the Moths’ long history on the land replacing Aboriginal traditions and culture.

Minnie Rowe’s Gully Folk (1919) makes more explicit statements about fairies as Australia’s original inhabitants. These fairies are also credited with teaching Aboriginal people how to build shelter and to generate fire. Children’s literature academic Clare Bradford  suggests the fairies in Rowe’s tale are charged with solving the “problem” of situating non-Indigenous child readers within Australia, while “managing” the brutal reality of the colonial past.

In Rowe’s story, Aboriginal people have disappeared. This leads the fairies to sing sorrowfully about how much they miss the Aboriginal children with whom they once played:

Where are all the picaninnies?
Have you stolen them away?
Say they are not gone forever,
Say they’ll come again some day

The song signals the traumatic effects of white settlement. Yet the way the fairies blame themselves for allowing their friends to remain “helpless, like little children”, reproduces racist ideas of the period that viewed Indigenous people as not having reached the fully developed state of the white adult.

Hume Cook’s Australian Fairy Tales (1925) describes a place in the central Australian desert in which magical beings have constructed an elaborate city isolated from humans. When Prince Waratah prepares to marry his Princess, she is held by the “Desert Fairies”, muscular humans clad in loincloths who lurk in the shrubbery.

She is soon rescued by the prince, who raises a team of blue kingfishers to propel his flying carriage to the site of the kidnapping.

The imagined threat of Aboriginal people, particularly to white women, is partially concealed by the illustration of the Desert Fairies as white. Yet the way in which the desert fairies are depicted with near-naked bodies, emerging from bushes, connects them with the threat of “primitive” humanity beyond the safety of the city.

Cook’s story is one of many Australian examples that blur the distinction between fairy tale characters and Aboriginal people in order to displace them.

A terrifying tale to remember

The stories discussed above were original literary compositions, but fairy tale tradition is built upon the circulation of familiar tale types across time and place.

The most impactful — and terrifying — fairy tale retelling for Australian child readers was “The Hobyahs”, first published in the School Paper in 1926 and included in the Victorian School Readers from 1930.

The story is assumed to be a Scottish folk tale, but clearly speaks to fears about the danger of the bush in its Australian incarnations. A loyal dog named Dingo staves off the nightly threat of the Hobyahs, who wish to “eat up the little old man, carry off the little old woman” who live in a bark hut.

The old man cruelly punishes Dingo for barking, progressively severing his tail and limbs, and eventually the dog’s head, which allows the Hobyahs to finally abduct the old woman. Once brave Dingo has his body parts returned to him, he rescues the woman and devours the Hobyahs, eliminating them from the country.

Many readers who encountered the Hobyahs as children continue to recall how haunted they were by the tale. The other Australian stories discussed here, however, are now forgotten. By the late 1930s, the interest in the fairy tale genre had largely dissipated, as Australian children’s authors developed their own original bush fantasies, such as May Gibbs’ Snugglepot and Cuddlepie books (which began in 1918) and Dorothy Wall’s Blinky Bill (1933).

These stories have also had little influence on fairy tale fiction written by contemporary Australian authors such as Kate Forsyth, Sophie Masson, Margo Lanagan, and Danielle Wood. Contemporary Aboriginal Australian writers such as Alexis Wright in The Swan Book (2013), merge fairy tales and other types of mythology with political satire.

Early fairy tales imagined an Australia that accorded with adult perceptions of white settlement, creating fantasies of a land uninhabited by Aboriginal people, but already influenced by European folk tradition.

Though they include whimsical imagery that situates fairies in the bush, these stories often use the marvellous to place a palatable veneer over the realities of Australia’s past. 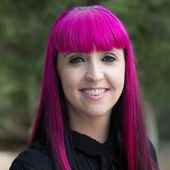 Michelle Smith does not work for, consult, own shares in or receive funding from any company or organisation that would benefit from this article, and has disclosed no relevant affiliations beyond their academic appointment.