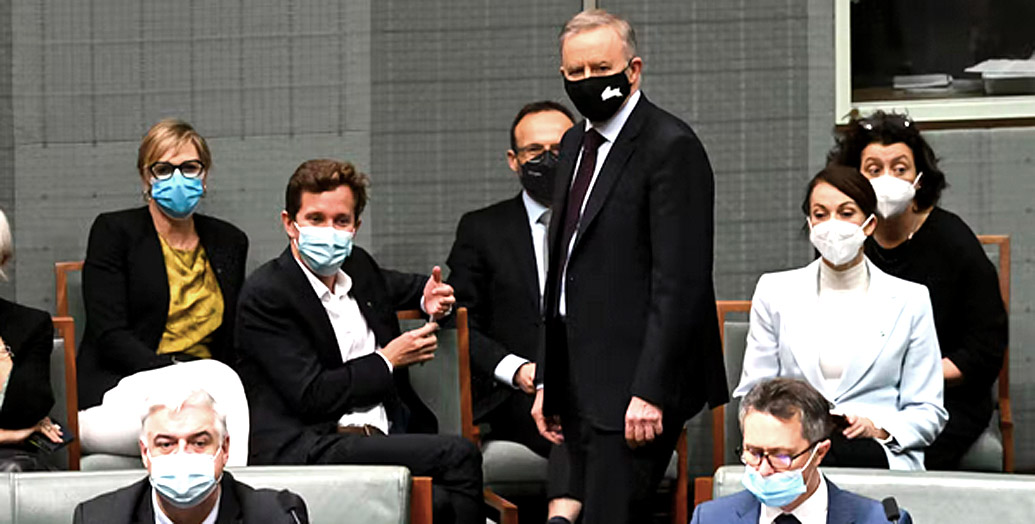 Perhaps not since the marriage equality vote has the passage of a bill in the House of Representatives carried such a combination of substantive and symbolic import as the Albanese government’s climate legislation.

While not actually necessary for the implementation of Labor’s policy, Thursday’s vote on the 2030 43% emissions reduction target sent multiple signals.

It marked a hinge-point in Australia’s climate policy, although it would be naïve to see it as the end of our “climate wars”, or to underestimate the challenges of turning the policy into reality.

It sent a crucial message to investors. Without the legislation – which will go through the Senate in September – the encouragement to shyer investors would be that bit weaker.

It showed, in the government’s prior negotiations with the Greens, that Labor would resist pressure from the minor party. The government rejected their demand for a ban on new coal and gas projects.

However on Thursday the Environment minister, Tanya Plibersek, did reject one new venture, announcing she proposed to block a Queensland coal mining project, backed by Clive Palmer, which would have “unacceptable impacts” on the Great Barrier Reef.

Given it was such a signature Labor policy, the climate vote put a stamp of action and delivery on the new government.

And it reinforced the point to the opposition that it has a massive task ahead in renovating its climate policy into something halfway saleable for the next election.

Indeed, the debate over the legislation has highlighted and exacerbated the bad place the Coalition is in.

Peter Dutton made a captain’s call in declaring it would vote against the legislation. While most of his colleagues were so inclined, it was a poor precedent for the new leader to preempt this week’s party room discussion.

In fact, it would have been better for the opposition to refrain from a stand, and just wave through the legislation. The government had a clear mandate for this policy, which had been spelled out in detail well before the election.

The Coalition’s opposition has exposed the unhappy position of the much-diminished Liberal moderates.

Tasmanian Liberal Bridget Archer crossed the floor to vote with Labor. Opposition Senate leader Simon Birmingham said if the 43% target had required legislation, then “I would have wanted to vote for it in a heartbeat. However, it doesn’t require legislation.” This reasoning made no sense.

The opposition has been left looking like a stranded asset on the climate issue, adrift from a pragmatic business community that wants to promote confidence. Anthony Albanese relished quoting what he described as “an alphabet soup” of business groups supporting “a vote for certainty”. He hit where it hurt when he taunted the opposition about “what the business community are saying about them in private”.

The government, with a majority in the House of Representatives, did not need any crossbenchers to get its bill through. But, in a gesture, it accepted modest amendments from some of them. It was a sign of the government’s desire where possible to be inclusive towards the teals (“good manners” as well as “good government”, Climate Change Minister Bowen called it). The teals, incidentally, had met together to discuss their amendments.

The climate vote was the culmination of what was, in legislative terms, a flying start for the government in its first parliamentary fortnight.

Albanese, anxious to reinforce the perception of momentum (that he had first generated on his overseas trips), piled the maximum number of bills into the parliament.

Among them were his aged care reforms, that passed both houses. Also on the agenda, as a private member’s bill but facilitated by the government, was the removal of the ban on the ACT and Northern Territory legislating for voluntary assisted dying. This passed the lower house overwhelmingly, with both sides giving a conscience vote. It is set to go through the Senate in September.

While it’s been a happy fortnight for the government on the legislative front, it was punctuated by a darker moment, when treasurer Jim Chalmers delivered his sombre economic update to the house last week. Followed by Tuesday’s interest rate rise, the government can’t escape that the months ahead will become increasingly tough as cost of living increases bite deeply.

The Albanese government’s early days have sent some signals about who has influence on it. Its determination to stare down the Greens was firm. On the other hand, we’ve seen its willingness to give concessions to the unions.

Labor’s policy to scrap the construction industry “watchdog”, the Australian Building and Construction Commission, was a well-known policy plank. It was more surprising, however, that Workplace Relations Minister Tony Burke acted so quickly to draw the ABCC’S teeth by regulation, well ahead of legislation being introduced later in the year.

Even more unexpected – and highly questionable – has been the government’s intention to wind back the more detailed disclosure requirements the Morrison government introduced for superannuation funds. This can only be seen as a sop to industry funds, with no good argument that it is in the interests of fund members.

While the victory on the climate bill was the fortnight’s parliamentary showstopper, Albanese’s most ambitious play was made outside parliament, when he attended the Garma festival in Arnhem Land last weekend. There he announced draft wording for his proposed constitutional amendment for an Indigenous “Voice” to parliament.

Albanese has a deep commitment to achieving the Voice, commencing his election night victory speech with a pledge to “the Uluru Statement from the Heart in full”, and talking about it often since. One influence is his chief of staff Tim Gartrell, who a decade ago went to work for the Recognise campaign, under the auspices of Reconciliation Australia. Recognise aimed to raise awareness about constitutional reform, without committing to a specific model.

Later this term, legislation will come before parliament for the referendum. It will easily pass both houses. But unlike the climate legislation, on which the Coalition’s stance ultimately didn’t matter, except to its own credibility, on the referendum bill its position will be crucial. Not to whether the bill gets through – but to the prospects for the referendum doing so.

If the referendum passed without bipartisan support, it would be defying history. This exercise needs a united stand across the political spectrum.

Yet it is already clear the opposition is divided on the Voice. Finding its way to a common position on the Voice referendum will be even more difficult for the Coalition than forging a new climate policy. 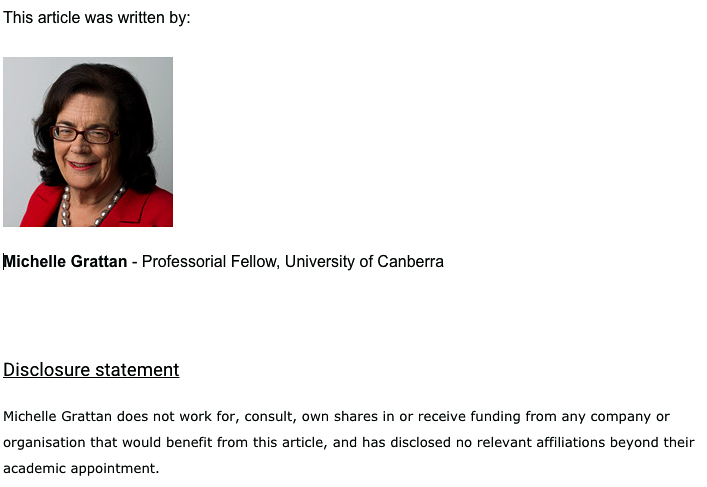