How protons can power our future energy needs

With large electricity grids, microgrids, industrial installations and electric vehicles all running on renewables, we are likely to need a storage capacity of over 10% of annual electricity consumption – that is, more than 2,000 terawatt-hours of storage capacity worldwide as of 2014.

To put that in context, Australia’s planned Snowy 2.0 pumped hydro storage scheme would have a capacity of just 350 gigawatt-hours, or roughly 0.2% of Australia’s current electricity consumption.

Where will the batteries come from to meet this huge storage demand? Most likely from a range of different technologies, some of which are only at the research and development stage at present.

But our new research suggests that “proton batteries” – rechargeable batteries that store protons from water in a porous carbon material – could make a valuable contribution.

Not only is our new battery environmentally friendly, but it is also technically capable with further development of storing more energy for a given mass and size than currently available lithium-ion batteries – the technology used in South Australia’s giant new battery.

Potential applications for the proton battery include household storage of electricity from solar panels, as is currently done by the Tesla Powerwall.

With some modifications and scaling up, proton battery technology may also be used for medium-scale storage on electricity grids, and to power electric vehicles.

Our latest proton battery, details of which are published in the International Journal of Hydrogen Energy, is basically a hybrid between a conventional battery and a hydrogen fuel cell.

During charging, the water molecules in the battery are split, releasing protons (positively charged nuclei of hydrogen atoms). These protons then bond with the carbon in the electrode, with the help of electrons from the power supply.

In electricity supply mode, this process is reversed: the protons are released from the storage and travel back through the reversible fuel cell to generate power by reacting with oxygen from air and electrons from the external circuit, forming water once again.

Unlike fossil fuels, the carbon used for storing hydrogen does not burn or cause emissions in the process. The carbon electrode, in effect, serves as a “rechargeable hydrocarbon” for storing energy.

What’s more, the battery can be charged and discharged at normal temperature and pressure, without any need for compressing and storing hydrogen gas. This makes it safer than other forms of hydrogen fuel.

Powering batteries with protons from water splitting also has the potential to be more economical than using lithium ions, which are made from globally scarce and geographically restricted resources. The carbon-based material in the storage electrode can be made from abundant and cheap primary resources – even forms of coal or biomass.

Our latest advance is a crucial step towards cheap, sustainable proton batteries that can help meet our future energy needs without further damaging our already fragile environment.

The time scale to take this small-scale experimental device to commercialisation is likely to be in the order of five to ten years, depending on the level of research, development and demonstration effort expended.

Our research will now focus on further improving performance and energy density through use of atomically thin layered carbon-based materials such as graphene.

The target of a proton battery that is truly competitive with lithium-ion batteries is firmly in our sights. 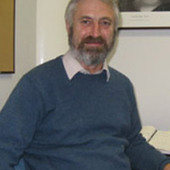