One of the most pressing challenges older Australians face is finding secure accommodation with suitable amenities. And as the numbers of older Australians grow, the pressure to provide housing that meets their needs is increasing. We may be facing a crisis of ageing homelessness in coming years.

A new report from Mission Australia has called on all levels of government to act immediately on the critical shortage of appropriate housing and support services for older Australians at risk of homelessness.

A look at the trajectory of Australia’s ageing population gives a clear sense of the urgency of this issue. Today, 16% of our population is over 65 years of age. By 2101, 25% of Australians are likely to be over 65. People over 55 already make up around 17% of the homeless population – and this figure is likely to grow.

Affordable housing and related aged care services are already in short supply. Evidence of this is the increasing numbers of older homeless people seeking help from specialised homeless services.

Why are older people more at risk?

Older Australians face the same risks of falling into homelessness as everyone else. But they also face extra challenges related to ageing. These include physical and cognitive changes, reduced earning capacity and family changes, on top of the lack of suitable housing alternatives. All these factors can put older people at greater risk of becoming homeless.

Self-funded accommodation is simply not an option for many older Australians. Many depend on social security or social housing to cover accommodation and living expenses. Age Pension payments are modest – a maximum of A$407 per week for single people and A$613.60 for couples – which might be enough if people have adequate superannuation and own their home by the time they retire. Many do not.

The combination of low incomes and rising living costs is a significant factor in older people’s homelessness. The supply of private rental housing or social housing for people on very low incomes is limited.

Even if social housing is available, many of the complexes are poorly maintained or have mixed tenancy. This can cause older people to feel intimidated and isolated.

As rents continue to climb, private renting is beyond the means of many older people. Age discrimination further narrows the restricted market of affordable housing. Landlords may prefer tenants who are receiving a regular income from employment.

People with health problems, including mobility and cognitive impairment, and who require greater support may become unable to maintain their present living arrangements. However, they may also be unable to find or afford accommodation that caters for their needs.

Older people who have suffered elder abuse, in particular financial abuse or failed family accommodation arrangements, are especially vulnerable. Elder abuse is commonly inflicted by close family members. This can both impoverish an individual and isolate them from family support networks.

Which groups are most vulnerable?

Older women are especially at risk. Many women who have raised children and not been in secure paid employment have little or no superannuation in later years. This leaves them with reduced capacity to support themselves, particularly if they have fled family violence.

Traditionally, support services are aimed at younger women with children. Mission Australia has called for investment in housing tailored to the needs of older women experiencing family violence.

Mission Australia has also identified disproportionate numbers of Aboriginal and Torres Strait Islanders among the homeless population. Overcrowded housing is a key factor here. In 2011, 74% of Indigenous people were living in severely overcrowded dwellings.

What needs to be done to reduce homeless?

Significant funding is certainly needed to overcome the ever-growing problem of homelessness in our ageing population. Older Australians are not a homogeneous group. Housing options need to be provided that meet the needs of people with different financial, social, physical and cognitive capabilities.

Funding is also need to put support in place not only to allow people to move from homelessness to permanent accommodation, but also to counter the factors that lead to homelessness. These include the shortage of affordable rental accommodation, lack of accessible support networks, and financial insecurity for older people on low incomes.

Alternative housing options could include congregate housing. In this model, tenants live in units but support staff are on site. Another possible model is campus housing where villages contain housing with different levels of care. If tenants’ level of care changes, they can move to other housing in the village.

Alternative housing for those who are more independent include share housing models, which aim to provide low-cost accommodation to homeless women. Government financial incentives for alternative housing such as granny flats and co-ownership would also help ease the demand on government-run housing facilities.

The need for appropriate housing for our ageing population is urgent. The rise in homelessness among older people is sad but clear. Governments must prioritise research and implementation of a range of accommodation options to better prepare Australians for the challenges of finding suitable housing as they get older. 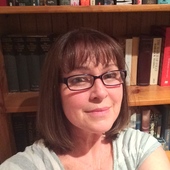 Previous articleEnergy ministers’ power policy pow-wow is still driven more by headlines than details
Next articleUber was hacked, so change your password right now. Here’s what else you need to know