Home TOORAK TIMES - SOCIALLY AWARE FEATURED The Bible says nothing about abortion. So being anti-choice is a cultural...

In many churches across the United States of America, and even perhaps here in Australia, Sunday worship would have been an opportunity to celebrate the decision of the US Supreme Court to overturn the protections established in the case of Roe v. Wade in 1973. On Twitter one theology professor has responded to the news with “Well, praise the Lord!”, while another just gave a “Hallelujah”.

It’s clearly the case that the decision to overturn is seen as a victory for the Christian Right in the US and vindication of their role in electing President Trump.

The decision will be seen by many as a recovery of “biblical” values; a return to the Bible’s teaching on the sanctity of human life and the moral abhorrence of voluntary abortion.

So, this is a good time to remind ourselves that the Bible says nothing directly about abortion, the indirect evidence relating to biblical perspectives on the sanctity of life is deeply conflicted, and that one of the two major religious traditions that looks to the Bible as an authoritative text clearly affirms the moral necessity of abortion in certain cases.

The Bible is silent on abortion

Discussions about, and laws pertaining to, the practice of voluntary abortion can be found in the literature of the Ancient Near East and Hellenistic worlds in which biblical texts were written.

It seems to have been a concern in Assyrian society around 1500–1200 BCE. There, if a woman was discovered to have had “a miscarriage by her own act” she was to be prosecuted and, if guilty, impaled (alive or dead) on a stake.

Aristotle said abortion is appropriate as a means of controlling the size of a family, but should be performed early, “before sensation and life”.

But the Bible is simply silent on the question on which the Supreme Court has now pronounced. Old Testament scholar John Collins is right to say “on this issue, there is no divine revelation to be had”.

What the Bible does contain are some verses which seem to refer to the status of the unborn fetus. The most famous and commonly cited is Psalm 139:13–16, a poem in which the Psalmist expresses the view that God created them in the womb.

The US Supreme Court has overturned Roe v. Wade.

This is more than a huge political and legal decision.

Almost half of US women and girls of reproductive age live in states where abortion is – or will become – illegal.#RoeVsWade @Flindershttps://t.co/aGojpiNAsc

In fact, the passage seems to suggest God “saw” who the poet was before they had even been conceived, let alone born (see also Jeremiah 1:5).
It’s hard to see that the passage has any direct relation to the ethical/legal issues at stake in the modern debate, such as the nature of personhood, bodily autonomy, or the negotiation of competing rights.

More specific is Exodus 21:22–25 which imagines a scenario in which a pregnant woman is injured through her involvement (or perhaps her intervention) in a fight between two men. The Hebrew version of this passage is clear about priorities: if all that happens is the fetus is lost through miscarriage then the man who injured the woman should just pay a fine. In the world of Exodus 21, this is the equivalent to losing ox or a donkey: the money is to make up for lost earnings and so the fetus is regarded as property.

But, if the woman herself suffers harm, then more direct restitution is required, depending on the severity of injury: “life for life, eye for eye, tooth for tooth, etc.” The most important “person” in this scenario is clearly the woman. The Greek translation of this text, perhaps reflecting ideas of Aristotle outlined above, changes this latter injunction to make it clear it refers to any harm incurred by any child born “fully formed”.

Jesus said nothing on the unborn

When it comes to the New Testament there’s even less to go on.

Yes, John the Baptist “leaps” in Elizabeth’s womb. But any attempt to extrapolate from that specific statement to general ideas about the personhood of the unborn is, in the words of New Testament scholar Richard Hays, “ridiculous and tendentious exegesis”.

And we do find condemnation of those who practice pharmakeia (sorcery or magic), which some suggest includes mixing potions to induce abortion. But we have no way of telling what practices are being referred to by that term.

Jesus isn’t remembered as saying anything about the unborn. Paul is silent on the issue.

The end of Roe v. Wade erases the constitutional right to abortion

With 26 US states certain or likely to ban abortion and one quarter of abortion clinics predicted to close, what might the future look like?@ericarosemillar @latrobe @flindershttps://t.co/WMVKBOs6Pp

So, the clear moral prohibition on abortion which we find in early Christian literature outside of the New Testament needs some kind of explanation.

That prohibition emerges in the late first or early second century in texts like the Didache, the Epistle of Barnabas, and, with highly disturbing threats of the eternal torture of women, the Apocalypse of Peter.

It seems to have occurred as a particular interpretation of the Old Testament commandments “you shall not murder” and “you shall love your neighbour as yourself”, but then developed by way of cultural accommodation to the Greek/Platonic idea that the fetus is a living being.

The Christian rejection of abortion seems to have been predicated on assumptions the fetus is a person. The woman, without whom the fetus would be nothing at all, disappears from view. But on such questions, Jesus and the early apostles say nothing.

Yet, around the same time, Jewish teachers were clarifying a position on abortion in which the woman carrying the fetus continued to play a central role. The second century discussion in the section of the Mishnah called Oholoth states clearly that if a woman is “in hard labour” then the fetus should be aborted “because her life takes precedence over the life of the child”. This requirement is only waived if the fetus has already been substantially born (defined as “the greater part [of its head] has come out”).

While we find nothing of this sort in the New Testament either, Jesus is remembered as invoking the same principle of the priority of saving life even if it means breaking Sabbath laws. Jesus’ ethical convictions owed far more to the traditions of Judaism than to the philosophical deliberations of early Christian treatises.

The recent decision of the Supreme Court is seen, in legal terms, as a victory for “originalism”: the idea that the Constitution should be interpreted according to some notion of its “original meaning”.

Applying the same criterion to the biblical texts would help to clarify that Christian support for legislation prohibiting abortion is a cultural and political stance. It has nothing to do with the Bible. 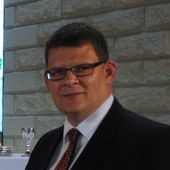 Sean Winter does not work for, consult, own shares in or receive funding from any company or organisation that would benefit from this article, and has disclosed no relevant affiliations beyond their academic appointment.