Trophy hunting could cause extinction in stressed populations – new research

People are now the most important predators for many animal populations on the planet, but people are rather different from “ordinary” predators. While a lion or an eagle is just trying to get dinner, human predators can be motivated by other aspects of an animal than simply how much meat it can provide.

Trophy hunters obsessively target animals with the largest horns, antlers or manes. Poachers focus on elephants with the largest tusks – and there is a subset of insect collectors who will pay premium prices for stag or rhinoceros beetle specimens with really huge horns or mandibles.

All of these focus their predation on what biologists call “sexually selected” traits. These evolve because they give the (usually male) animal that carries the trait an advantage in competition for mates, either by allowing him to dominate and exclude rival males – think of red deer stags – or because females of his species actively prefer to mate with males with large, loud or bright sexually selected traits, as in the case of birds of paradise.

How these sexually selected traits evolve is a question that has been a difficult issue for biologists for some years: why should females prefer males with a long tail or with especially bright colours – and what is it about stags with large antlers that allows them to win contests and dominate groups of females?

An increasing body of evidence now supports the idea that the expression of these traits is linked in some way to the genetic “quality” of a male. Males who have lost the genetic lottery and who are carrying more than their share of genes that are detrimental to health do not have the resources to grow a big tail or a large set of antlers. Conversely, those lucky males who happen to have a particularly good set of genes can afford the handicap of carrying around a super-sized rack of antlers or set of horns, or will be able to grow extra long and brightly coloured feathery plumes.

This is useful for our understanding of animal behaviour, but it also has wider implications for the evolution of these species. Researchers have recently found that strongly sexually selected species can evolve faster in response to environmental challenges than species where mating is more random.

Because males with higher genetic quality gain the majority of matings in these species, their “good genes” can spread through a population much faster than they would if mating were random. This means that strong sexual selection can allow a population to adapt faster to a changing environment, and in some scenarios these species can avoid extinction when the environment changes because of this fast evolutionary response.

In our newly-published research, we asked the question of how this might change when those highest-quality males are removed by “selective harvest”. It’s prohibitively difficult to test these ideas with real hunted populations, so we developed a computer simulation which allowed us to examine what happens when you take these animals out of a population.

Our results are clear – and worrying. If the environment is relatively stable, then even quite severe harvesting of high-quality males is sustainable. But if the population is already stressed by a changing environment, then removing even a small percentage of the best males can lead to extinction. The trouble is, almost all animal populations today are facing increasing stress from changing environments.

This goes against the conventional wisdom. Since there is usually little paternal care of offspring in these animals – and because it seems reasonable to assume that females will not have problems getting fertilised if we remove, say, 15% of the males – it is usually assumed that trophy hunting and similar selective harvests are unlikely to drive animals to extinction when only a small proportion of males are hunted. Our results suggest otherwise.

Better management would make a difference

Should we, therefore, ban trophy hunting and insect collecting? The argument about trophy hunting in particular goes on – but we do not think that our research adds great weight to either position. So far, it is only based on a computer model – clearly we need some tests of our results based on real data.

What we might consider, however, is changing management practices. We examined how different management altered the outcome of our model, and again we found a clear result. If a minimum age limit is applied to hunted animals, so that only old animals who have already had a chance to mate and spread their genes are removed, then the increased extinction risk that we found goes away.

If a population must be hunted, then restricting hunting to older males only and managing the population sensibly by adjusting quotas when there are signs of stress should ensure that any risk of extinction is minimised. 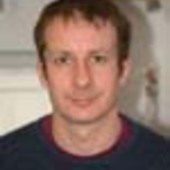 Previous articlePermission to laugh? Humour without risk of danger and offence would be an emaciated thing
Next articleSunday essay: the art of the pinch – popular music and appropriation