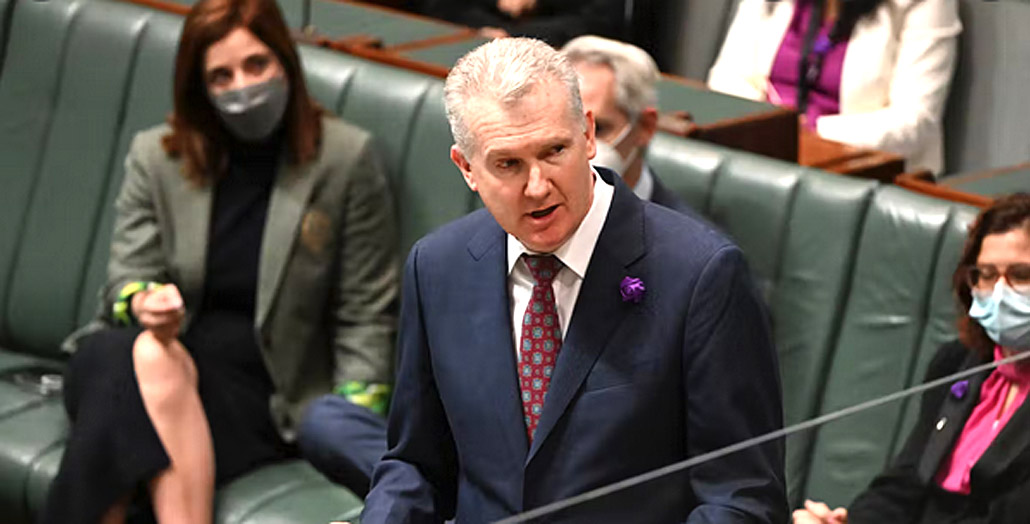 In 1997, Tony Burke was a high profile organiser mustering support to quash a law that had been passed in the Northern Territory to allow euthanasia.

Although not yet in parliament, Burke, who was executive director of Euthanasia No!, worked hand in glove with then Liberal MP Kevin Andrews, sponsor of the private member’s federal bill to vote down the NT law.

Now, as leader of the House of Representatives, Burke is responsible for facilitating another private member’s bill, to overturn the Andrews’ one, coming to a vote.

On Monday, with the introduction of the bill, the federal parliament took a step on the journey towards voluntary assisted dying finally being extended throughout the country. The issue has come a long way since the 1990s when the Northern Territory was the one jurisdiction permitting it – and then only briefly. Now all states have legislation – it is the ACT and the NT that are the outliers.

The current bill, sponsored by Luke Gosling (NT) and Alicia Payne (ACT), goes to the territories’ power to enact such laws – it doesn’t bring them in. That is entirely a matter for their parliaments. But in voting, most federal parliamentarians will be thinking about the substantive issue.

Normally private members bills don’t come to a vote. But the government is ensuring this bill is given time for debate and will be voted on. Everyone who wants to speak will have the opportunity to do so. The House vote is likely this week, although that will depend on the length of the speakers’ list. The Senate vote could then be in the September sitting.

The bill is considered certain to pass the lower house. The numbers are anticipated to be tighter in the Senate but it is still expected to have the support to pass there. The government is giving its side a conscience vote; the opposition (with shadow cabinet discussing the bill on Monday night) is set to do the same.

Gosling – making his third attempt to overturn the Andrews law – said on introducing the bill that it “does not legislate voluntary assisted dying. It is about democratic equality and fairness. For too long, Australians living in the territories have been treated as second-class citizens when it comes to legislating on matters that impact their own lives.”

He said it was not the role of federal legislators to treat the bill “as a vote by proxy for or against voluntary assisted dying”.

“We are simply righting an old wrong and ensuring that all Australians have equal democratic rights.”

He said he personally was on the record as being against euthanasia. “My personal priority is for improved and strengthened palliative care.”

Payne told the House: “Those in the states may not have had cause to think about this much before, but for Canberrans and Northern Territorians, this is personal and this is urgent. This is an incredibly important debate that we are not allowed to have, simply because of where we live.

“It is well past time that we had the same rights as those across our borders to debate this issue. I do deeply respect the views on either side of the discussion. I know that many of my colleagues I’ve spoken to may not support voluntary assisted dying but they do support our right to have the debate.”

A motion to enable debate on the bill was later passed in the House.

The new Indigenous Labor member for the NT seat of Lingiari, Marion Scrymgour, said the NT “deserves the right to legislate on issues that affect it, just like the states do”.

Much has changed in the quarter century since the debate on the Andrews bill, when the fate of the NT legislation was seen as a precedent. There was huge controversy, and intense campaigns on both sides, around the Andrews bill. Now the territories bill is near the end, rather than the beginning, of the story of establishing euthanasia law in Australia. The debate is much more low key.

While many people remain against voluntary assisted dying, there has been a basic shift in attitudes in a generation.

But Burke’s personal view – which he says is not based on his Catholicism – has not altered. He will be on the “no” side when the vote comes in the House.