We’re drafting a legal guide to war in space. Hopefully we’ll never need to use it

A war in outer space sounds like the stuff of science fiction but it is something we need to consider.

Its impact on everybody on Earth and its implications for future human space exploration would be devastating.

Right now, there are laws that are relevant to the prospect of war in space, but currently it is unclear exactly how these might be applied.

We and our colleagues from around the world – including experts from Australia, Canada, the United States, Russia and China – are undertaking a multi-year project to provide a definitive guide on how law applies to military uses of outer space.

The aim is to develop a Manual on International Law Applicable to Military uses of Outer Space (MILAMOS) that covers times of tension and outright hostility.

The ultimate goal is to help build transparency and confidence between space-faring states.

This should reduce the possibility of a war in space, or if it does happen, reduce the impact on the space infrastructure that we have all come to rely on so heavily.

The satellites we rely on

We rely on GPS signals for many things, including navigation, communication, banking, agriculture, travel and the internet itself. It’s estimated that 6-7% of GDP in Western countries depends on satellite navigation.

Communications satellites are applied not just for direct broadcast television, but also to enable many terrestrial networks. In remote areas of the world, they may be the only means of communication.

In the near future, communications satellites could provide the whole world with broadband internet.

Satellites help us get weather forecasts and improve agricultural production. They also help us to plan disaster relief, find and mine natural resources, monitor the health of the environment and many other applications.

In the military context too, satellites have become essential. In June this year, US Secretary of the Air Force Heather Wilson said a future war in space is likely and the US is investing heavily in maintaining its military dominance in space. She commented:

We must expect that war, of any kind, will extend into space in any future conflict, and we have to change the way we think and prepare for that eventuality.

The first Gulf War in 1991 has often been called the first space war, though it wasn’t actually fought in outer space. Rather, the US and coalition forces relied heavily on GPS and other satellite technology to conduct that conflict.

Since then, space-based assets have enabled even greater capability for land, sea and air forces.

Given the dual use of many satellites, an armed conflict in space could be catastrophic to modern life.

Treaty on some weapons in space

There are only five global treaties specific to space. Chief among them is the 1967 Outer Space Treaty, but only one of its provisions (Article IV) directly deals with military activity – it prohibits the placement of weapons of mass destruction in space.

Other means and methods of destroying or interfering with a satellite are not prohibited, although other areas of law, like the Laws of Armed Conflict, regulate their use.

The MILAMOS project is led by three universities: Adelaide here in Australia, McGill in Canada, and Exeter in the UK. It received some funding from the Australian and Canadian governments, as well as from private donors.

It relies on expertise from the International Committee of the Red Cross, the Union of Concerned Scientists and from the major space-faring states, principally the US and Russia, but also China and other countries.

They participate in a strictly personal (rather than representative) capacity to provide an authentic account of what the law is, not to negotiate what states would like the law to be.

Even so, reflecting a true consensus position on the law, in spite of the strongly held personal positions of individual experts, can be challenging. But that is what the project aims to achieve in nine workshops over three years.

So far meetings have been held in Montreal, Adelaide, New Delhi and Colorado Springs in the US.

The alternate is for states to formally negotiate new international instruments to clarify or extend the law. Unfortunately, recent attempts to do so have not met with great success. This creates a legal gap that this manual seeks to fill.

In this regard, it is similar to other manuals drafted in recent years on the law applicable to warfare in other domains: maritime (San Remo Manual), air and missile (Harvard Manual) and cyber (Tallinn Manual).

Even though these manuals are not formally endorsed by states, they are an essential reference for those who work in the field. This includes military practitioners, government lawyers and policy advisors, the media, public advocacy groups and other non-government organisations.

Final publication of the manual is expected in 2020. Paradoxically, the MILAMOS contributors earnestly hope that the manual will only ever remain on the shelf and never be used. 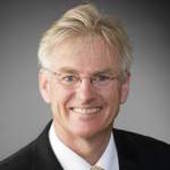 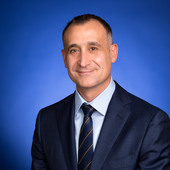 Previous articleResearch Check: will a coffee a day really keep heart attacks at bay?
Next articleOn horror, dark fiction and The Cabin Sessions