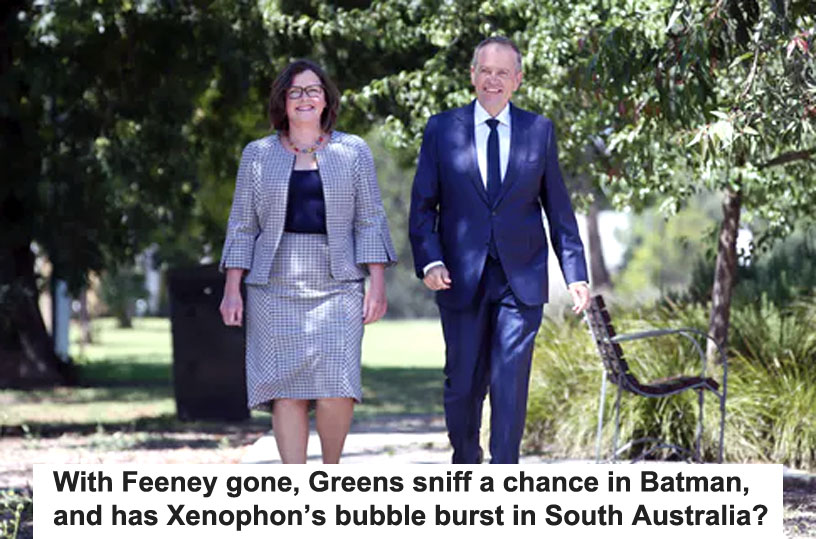 On February 1, Labor’s David Feeney resigned as the member for Batman, as he could not find proof that he had renounced his British citizenship. This will trigger a byelection in Batman, which Labor could lose to the Greens. In November 2017, Labor lost the Victorian state seat of Northcote to the Greens at a byelection.

Victoria has 37 federal seats, and 88 lower house state seats, so federal seats have more than twice as many enrolled voters as state seats. Batman encompasses Northcote, but also includes northern suburbs away from the inner city, where Labor does relatively well and the Greens poorly.

The Poll Bludger’s booth map below shows the clear divide between north Batman (all red booths representing Labor two-party wins against the Greens in 2016) and south Batman (all but one booth Green). The state seat of Northcote is south Batman. Larger numbers on the map are booths where more people voted. 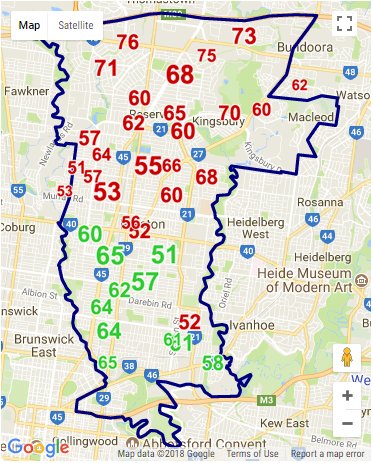 From Merri Creek in the west to Darebin Creek in the east, the Bell Street Curtain descends across the electorate of Batman https://www.pollbludger.net/by-elections/fed-2018-03-batman.htm … #batmanvotes

During the 2016 election campaign, Feeney embarrassed Labor when it was revealed he had not declared a A$2.3 million house. Feeney narrowly held Batman by 51-49 against the Greens at the election, a 9.6-point swing to the Greens. Labor will hope the large swing reflected anti-Feeney sentiment, and that a fresh Labor candidate – former ACTU president Ged Kearney – can hold Batman.

At the 2016 election, the Liberals directed preferences to Feeney, enabling him to win after trailing the Greens on primary votes. The Liberals are very unlikely to field a candidate at the byelection, and this will help the Greens.

Kearney is already well-known and will have a personal vote. She is from Labor’s left faction, and will be a better fit with the electorate than the right-aligned Feeney. Alex Bhathal will be the Greens’ candidate; she also stood at the 2016 election.

In late 2017, Tasmanian senator Jacqui Lambie resigned owing to a dual citizenship. However, Lambie’s number-two candidate, Steve Martin, could also be disqualified, as he was the Devonport mayor at the 2016 election. The High Court has not yet ruled on whether a local government position violates Section 44(iv) of the Constitution, pertaining to public service employees.

If Martin is disqualified, her number three, Rob Waterman, also has problems. If none of Lambie’s ticket are eligible, One Nation’s Kate McCullogh would win the final Tasmanian Senate seat.

SA-BEST’s number four, Tim Storer, attempted to replace Nick Xenophon in the Senate, against his party’s wishes, when Xenophon resigned to contest the South Australian election. As a result, Storer was kicked out of the party.

Labor’s ACT senator, Katy Gallagher, renounced her British citizenship before nominations closed for the 2016 election, but she did not receive confirmation of renunciation until after nominations closed. If the High Court rules against Gallagher, at least three Labor lower house members, whose circumstances are similar to Gallagher, will probably have to resign.

Another issue is assignment to short and long Senate terms. At the beginning of this parliamentary term, following the double-dissolution election, senators were assigned to either short terms (expiring June 2019) or long terms (expiring June 2022). If a long-term senator is replaced by someone on the ticket who should only get a short term, it creates a fairness problem.

In late December, Liberal Jim Molan was declared elected to the Senate by the High Court to replace National Fiona Nash, who had a long term. Molan accepted a short term, and the number four on the joint New South Wales Coalition ticket, Liberal Concetta Fierravanti-Wells, will be promoted from a short term to a long term.

Molan won his seat from number seven on the Coalition ticket, after Nash’s original replacement, the moderate Liberal Hollie Hughes, was disqualified for taking up public service work following her failure in the 2016 election.

In early 2017, before the citizenship crisis started, Family First senator Bob Day was declared ineligible to be elected by the High Court, and replaced by Family First’s South Australian number two, Lucy Gichuhi.

When Family First became part of Cory Bernardi’s Australian Conservatives, Gichuhi did not join the new party, instead sitting as an independent. Yesterday, Gichuhi joined the Liberals.

This outcome gives the Coalition 30 of 76 Senate seats, making up for the loss of Bernardi. It is unlikely to have an impact on Senate votes, as Gichuhi voted with the Liberals a large proportion of the time.

While Gichuhi has a short Senate term, Bernardi has a long term, so he cannot be replaced until July 2022 barring a double dissolution.

There has been no statewide South Australian ReachTEL poll since the 2014 state election. An October to December Newspoll gave SA-BEST 32%, ahead of both major parties. Galaxy polling conducted about three weeks ago gave SA-BEST primary vote leads in three seats it is contesting.

If this ReachTEL poll is correct, there has been a dramatic fall in SA-BEST support in the fortnight from when the Galaxy polls were conducted to the ReachTEL. The major South Australian parties started to vigorously campaign against SA-BEST after the Galaxy polls had been conducted.

I would like to see some more polls before concluding that Xenophon’s bubble has burst, but this ReachTEL is not at all good for him. 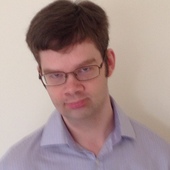