‘It’s kind of suffocating’: queer young Australians speak about how they feel at school and what they think of politicians

You might think that in 2022 it would be utterly uncontroversial for a footy club to have rainbow colours on a jersey to celebrate diversity.

This is just the latest example of how queer people’s identities and rights in Australian society continue to be topics of incredibly hurtful and harmful public debates.

We know that queer young people experience disproportionate levels of prejudice and discrimination. This can impact their feelings of belonging and hinder their access to the support they need.

So, what do young LGBTQ+ people want from their community, politicians and schools? Our new research explores these questions in their own words.

Manly Sea Eagles coach apologises for "mistakes" made during rollout of club's pride jersey, as Captain Daly Cherry-Evans says he intends to "proudly" wear the jersey at Thursday's game.

Last year, we surveyed more than 500 Australians aged 18-24 and interviewed 30 more about pressures in life – from education and employment to health and wellbeing.

Just over one in five young people we surveyed were queer and our new report focuses on their experiences.

We use the term queer to refer to young people who identify as one or more of the identity categories within and beyond the LGBTQ+ umbrella, while acknowledging the individuality of queer young people’s lives.

A sense of belonging

Our research highlights how queer young people in Australia face more pronounced challenges than cisgender and heterosexual young people. These challenges influence their sense of belonging at school, the barriers they face in accessing healthcare, and in the community more broadly.

Our interviewees were critical of how governments and politicians engaged in public discussions surrounding the queer community. They emphasised that the poor handling of these debates causes real harm, particularly around issues such as the marriage equality postal vote and bill in 2017, trans women in sport and trans students in schools.

Some of our interviewees also felt the previous federal government had engaged with these issues for political gain. As one 24-year-old interviewee told us:

The only reason they looked like they cared about [same-sex marriage] is because it affected whether or not they got votes.

The queer young people we surveyed were 21% less likely to feel like they belonged at their educational institution than cisgender and heterosexual young Australians.

This is perhaps unsurprising. Queer young people have people have previously reported harassment is common at school.

Our interviewees talked about the importance of queer spaces:

[it] gives the opportunity to just be yourself without any fear of judgement or repercussions. I think that’s really important to have.

But even then, feelings of belonging and safety were often fleeting. As a 20-year-old non-binary person told us:

There are a few times when I really had really strong feelings [of belonging], but they very quickly disappeared again […] the only time I really feel like that will be at events run by the trans community. Even then, as soon as you leave that event, it’s almost like you have to hold your breath again. It’s kind of suffocating.

The queer young people we surveyed were also 27% less likely to be satisfied or very satisfied with the health and mental health support in their educational institution.

Research has previously shown how queer young people’s experiences of social stigma, discrimination and prejudice impact their mental health and wellbeing. We also know existing health services are not meeting their needs.

I have a few health problems myself [and] being trans, there are a lot of issues getting into the healthcare system to try and figure things out […] there is a 15-month to two year waiting list, to even be able to see a gender specialist in hospitals and healthcare systems […].

In terms of who they would seek help from, queer young people in our study were more likely to seek assistance from health or mental health professionals. They were less likely than the broader population to seek support from religious mentors or those at home.

Read more: Why the way we approach transgender and non-binary healthcare needs to change

What should governments do?

Our data indicates queer young people are aware of the challenges faced by their community, but feel their concerns are not being heard. One interviewee told us:

as a trans person, it’s often really disheartening […] A lot of the time, it’s […] as though we’re not here.

Australian governments need to consult with queer young people and provide support to address their concerns. As a start, governments need to ask more inclusive questions about gender and sexuality when it comes to data collection, such as the census. This will mean support can be better targeted.

What should schools do?

A typical young person in Australia spends 11,000 hours in education; it’s a hugely significant part of their lives.

It’s key that school systems ensure all teachers have training and are supported to use queer-inclusive teaching resources. There are also easily accessible resources around gender and sexuality more broadly.

What can you do?

The responsibility for addressing the challenges outlined in our research does not rest with queer young people.

As a start, we recommend allies, friends, family members and colleagues use inclusive language, as well as learn how to recognise and intervene when marginalising language is used by others. A good guide can be found here.

If this article has raised issues for you, or if you’re concerned about someone you know, call Lifeline on 13 11 14. 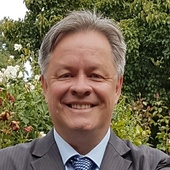 Lucas Walsh – [Professor and Director of the Centre for Youth Policy and Education Practice, Monash University]; 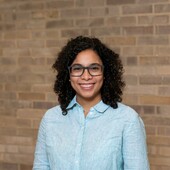 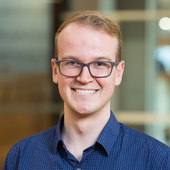 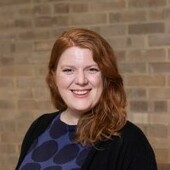 Beatriz Gallo Cordoba, Blake Cutler, and Cathy Waite do not work for, consult, own shares in or receive funding from any company or organisation that would benefit from this article, and have disclosed no relevant affiliations beyond their academic appointment.

Previous articleGrattan on Saturday: Jim Chalmers is a good performer, but can he hold the public’s trust through hard times?
Next articleSunday essay: ambition, our least liked virtue?