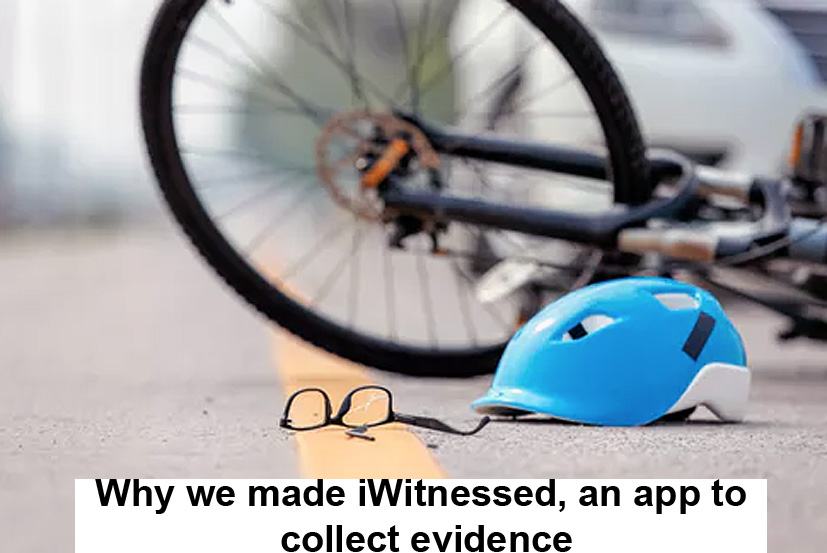 Eyewitness evidence can be critical to investigations and trials. However, research shows that eyewitness memory can be inaccurate and vulnerable to distortion depending on what happens next – for example, inaccurate information encountered through leading questions, discussion with other witnesses, or journalists.

This is particularly true when there is a long delay between witnessing an event and reporting the details to police. We forget details very rapidly, and the more we forget, the more our memories become prone to inaccuracies.

I am part of a team of eyewitness memory experts, and together we have developed the iWitnessed smartphone application. Starting today, the app is available to the general public for free download for both Apple and Android devices across Australia.

iWitnessed was designed upon an evidence base, to help witnesses and victims provide a detailed account of an event in a way which helps preserve and protect their memory. Such recordings can then be used in court to refresh the memory of a witness – either for one-off events (such as a car accident), or multiple, related events (such as bullying).

We believe this is the first smartphone application designed by cognitive scientists to help protect witness memory evidence.

iWitnessed helps preserve eyewitness memory as soon as possible after an event. Police officers are often very busy in the immediate aftermath of an incident, and can be unable to question witnesses until days, or weeks later.

Also, some witnesses do not come forward to police immediately after an event because they may be reluctant to report a crime. This delay can lead to forgotten and contradictory details, which can undermine the quality of the evidence when witnesses do decide to make a statement.

Memory researchers have studied the ways that a witness’ memory can be protected against forgetting and memory distortion.

One of the best ways to do this is to give witnesses an opportunity to provide a comprehensive account at the earliest possible time. We know from research that this early account is often more complete than later retellings.

More importantly, the act of recalling soon after the event helps protect the memory. That is, details recalled in this early account are less likely to be forgotten or changed by the introduction of post-event information. These beneficial effects are dependent upon the early comprehensive account being given within 24 hours of the incident.

Can iWitnessed evidence be used in court?

Legally speaking, evidence collected using iWitnessed will be treated like contemporaneous notes. Contemporaneous notes are witness accounts composed during or immediately after a critical event, and in court proceedings they can range from a note scribbled on the back of a napkin to a meticulous description of the event.

According to the Evidence Act 1995 NSW (sections 32 and 34), contemporaneous notes or contemporaneous recordings of events can be used to refresh the memory of a witness to an event. Even if very rudimentary, they can add to the reliability and strength of the evidence being given in court proceedings.

It is also possible that developments in evidence law may enable evidence collected using iWitnessed to become directly admissible. While there is some legislation on the admissibility of this type of evidence in court, this has not kept pace with the rapid development of modern technologies. As a result, the evidence may be used only upon strict proof in individual cases – for example, regarding the use of audio recordings.

Anyone with a device

iWitnessed is designed to be used by anyone within Australia with a smartphone or tablet, and does not require high levels of literacy or language skills. Users can type details using their keypad, and record spoken notes – standard voice-to-text functions also work in iWitnessed. Responses do not need to be in English, allowing witnesses to use their preferred language to give the most accurate and detailed account.

With the app opened up, users are first given advice on how to protect their memories. Then they are asked to follow a series of prompts and enter details of the event they witnessed. As well as text and audio recordings, images can be uploaded. All entries can be time, date, and location stamped, and the history of any changes made to the entry is recorded.

Information entered via the iWitnessed app remains on the user’s phone/tablet, and can be locked with a PIN code. If witnesses choose to do so, they can send their account to police in the form of an email. All evidence stays on the device unless this step is taken, although the potential exists for this information to be subpoenaed by police.

There are many advantages of iWitnessed as highlighted above, and we believe the development of our tool is timely. Australians use advanced technologies on a daily basis, with the majority (88%) owning a smart phone). This statistic explains why more and more people are recording incidents they witness (such as racist attacks in public transport).

Other experts involved in the development of iWitnessed are Celine van Golde (The University of Sydney), Richard Kemp (UNSW Sydney), Nicholas Cowdery (former Director of Public Prosecution in NSW) and NSW police officers. 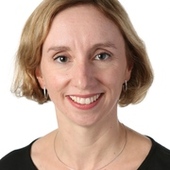